The Contradictions of Real Socialism

The Conductor and the Conducted

In this concise volume, noted scholar and economist Michael A. Lebowitz considers the legacy of twentieth century socialist societies, or what some have termed “real socialism.” While these societies were able to claim major achievements in areas from health care to education to popular culture, they nonetheless met limited success in eroding what Marx called the “opposition of the worker as direct producer and the proprietor of the means of production.” That this opposition between workers and managers continued to exist in one form or another under “real socialism” means that, according to Lebowitz, a crucial aspect of the socialist project was lost. During every process of production, human beings are transformed just as the materials with which they work, and unless this process puts at its center the development of full, creative, and free people, it can only resemble the most dehumanizing aspects of “real capitalism.” The question of how the production process is organized—whether it resembles a symphony with its rigid hierarchy between conductor and conducted, or whether it resembles a jazz ensemble with its more cooperative and improvisational structure—is crucial to any evaluation of past attempts to build socialism and the ongoing struggle for a more egalitarian and democratic society.

Michael A. Lebowitz is Professor Emeritus of Economics at Simon Fraser University in Vancouver, Canada, and the author of The Contradictions of 'Real Socialism', The Socialist Alternative, Beyond Capital, Build It Now, and Following Marx. He was Director, Program in Transformative Practice and Human Development, Centra Internacional Miranda, in Caracas, Venezuela, from 2006-11.

SOCIALISM |
Skip to the end of the images gallery 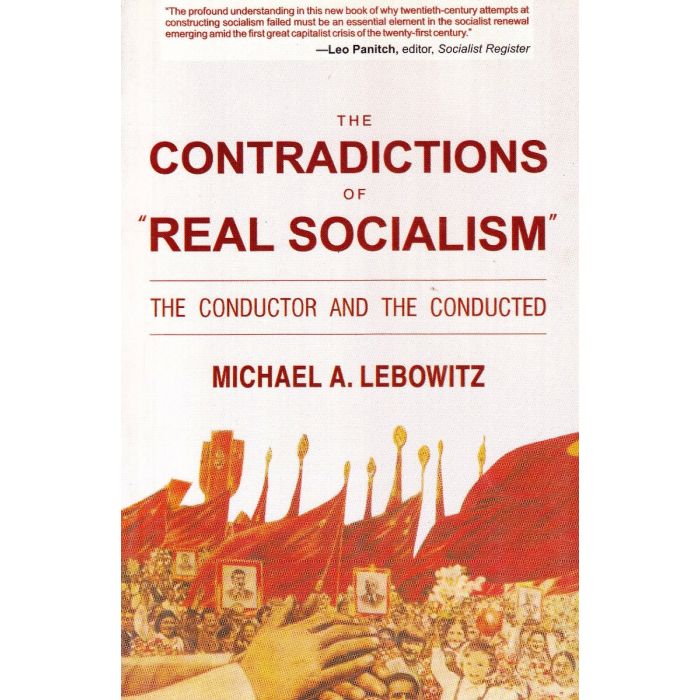