From the pages of Social Scientist

INR 400.00
In stock
SKU
pro_1338
Social Scientist completed forty years of publication in the year 2012. To mark the occasion, collections of essays on specific topics, culled from past issues of the journal, are being published under a series titled From the Pages of Social Scientist. The present book, Tributes, is a collection of obituary articles published in the journal from 1983 to 2013. For reasons that are not very clear, Social Scientist published no obituaries until 1983, that is, for the first eleven years of its existence. And even after it started publishing obituaries, it was not systematic in paying tribute to all those who deserved homage. Sometimes, those entrusted with the task of writing the obituary could not produce it in time; sometimes the lags in publication were such that an obituary seemed pointless as it would appear too long after the death of the person being remembered; sometimes there simply was nobody who could be successfully approached to write an obituary; and sometimes the person being remembered was too important a figure on the Left for a potential obituary writer to feel equal to the task. The list of omissions is striking. There are, for instance, no obituaries on intellectual stalwarts of the Left political movement like B.T. Ranadive, E.M.S. Namboodiripad, P. Sundarayya and M. Basavapunnaiah. And the coverage of the lives of artists and creative writers has been generally very poor. The former set of omissions could be because potential authors thought that the task itself was quite daunting; the latter set of omissions could be because the number of persons capable of writing insightfully about such creative personalities was limited. The tributes collected in this book are also of very uneven lengths, scope and quality. Some, as in the case of Susobhan Sarkar, Ravinder Kumar and Kitty Menon, are long and wide-ranging, while others, even for persons of great importance for the Left, are extremely brief. Nonetheless, the volume, for all its omissions and oddities, celebrates the contributions of some of the most remarkable men and women who have shaped the life of this nation, or helped the formation of the Left intellectual tradition.
POLITICS | SOCIALISM |
Skip to the end of the images gallery 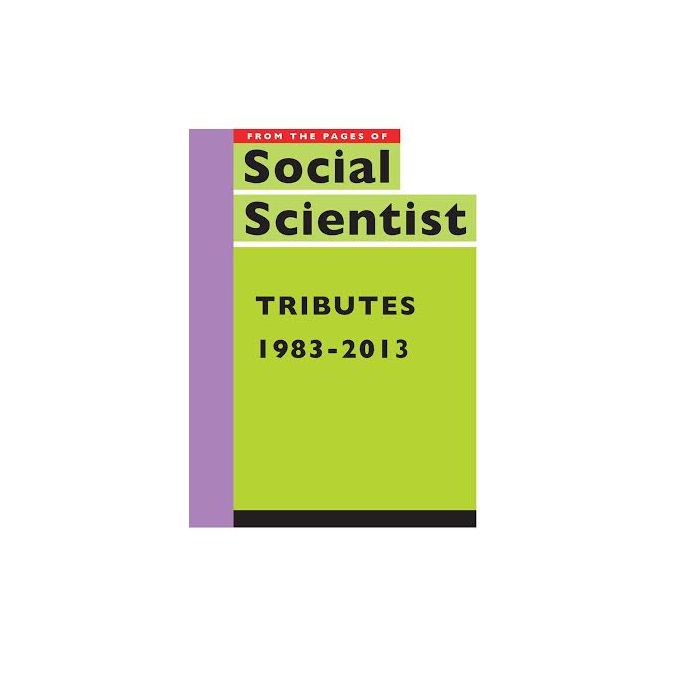