INR 0.00
In stock
SKU
pro_p1779
This book, substantially expanded and revised from a 1997 study, argues that to properly understand why and how the Bharatiya Janata Party (BJP) and the Sangh Parivar have risen to where they are in India today, we need to critically re-evaluate the claims made about the virtues of Indian secularism and of its historical emergence. In the necessary battle of ideas, mainstream liberal discourse does not sufficiently counter Hindutva because both share some common ground regarding India’s ‘civilizational durability’, and how the nexus of religion (primarily Hinduism) and culture has shaped today’s social order. The book seeks to theoretically rebut such perspectives, advocating not just strengthening the secularity of the Indian state but promoting greater secularization of civil society. The Sangh Parivar is a far right force, whether seen as fascist or fascistic, that has longstanding, cadre-based roots in civil society and is determined to bring about a Hindu rashtra. This would mean a Hindu state in all but name, the permanent inferiorization of certain religious minorities, severe curtailment of rights more generally, the monitoring and isolation of those who would oppose by words and actions the forces of Hindutva. Since the conditions enabling this trajectory are not just cultural but materially grounded in the current iniquities of economic, social and political life in the country, to defeat this communalism we have to fight against much more than communalism, namely against the neoliberal order generating these conditions. Even as all those opposed to Hindutva need to work together for their own sakes, for the building of an Anti-Neoliberal Platform, the revitalization of the Left in India is vital.

Achin Vanaik is a writer and social activist, a former Professor of Political Science at the University of Delhi, and a Delhi-based Fellow of the Transnational Institute, Amsterdam. He is the author of numerous books, including The Furies of Indian Communalism (1997) and The Painful Transition: Bourgeois Democracy in India (1990). 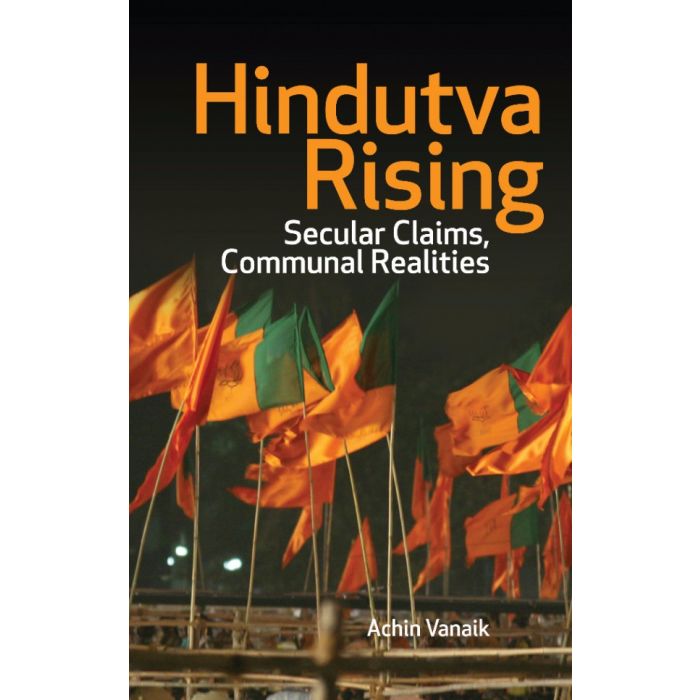 Listing issues that get lost in the ceaseless anti-communal discourse is clearly the book's strength. . . . Mr Vanaik points that the greatest challenge Mr Modi faces – jobs, the slowing economy – arise from the pursuit of neoliberal economic policies and not because he personally leads the Hindutva charge. He provides a blueprint for countering the Sangh Parivar, both in the short term and in the long run.