Debt, the IMF, and the World Bank

Mainstream economists tell us that developing countries will replicate the economic achievements of the rich countries if they implement the correct “free-market” policies. But scholars and activists Toussaint and Millet demonstrate that this is patently false. Drawing on a wealth of detailed evidence, they explain how developed economies have systematically and deliberately exploited the less-developed economies by forcing them into unequal trade and political relationships. Integral to this arrangement are the international economic institutions ostensibly created to safeguard the stability of the global economy the International Monetary Fund (IMF) and the World Bankand the imposition of massive foreign debt on poor countries. The authors explain in simple language, and ample use of graphics, the multiple contours of this exploitative system, its history, its history, and now it continues to function in the present day.

Ultimately, Toussaint and Millet advocate cancellation of all foreign dabt for developing countries and provide arguments from a number of perspectiveslegal, economic, moral. Presented in an accessible and easily-referenced question and answer format, Debt, the IMF, and the World Bank is an essential tool for the global justice movement.

Damien Millet teaches mathematics and is a spokesperson for CADTM (Committee for the Abolition of Third World Debt) France. He is the author of L Afrique sans dette, and co-author with Eric Toussaint of Tsunami Aid or Debt Cancellation.

Eric Toussaint is a historian and political scientist. Several of his books have been published in more than a dozen languages and have become reference works on questions of debt and the international financial institutions: Debt, the IMF and the World Bank: Sixty Questions, Sixty Answers (2010); The World Bank: A Critical Primer (2008); Your Money or Your Life (2005).

CAPITALISM & GLOBALIZATION | IMPERIALISM |
Skip to the end of the images gallery 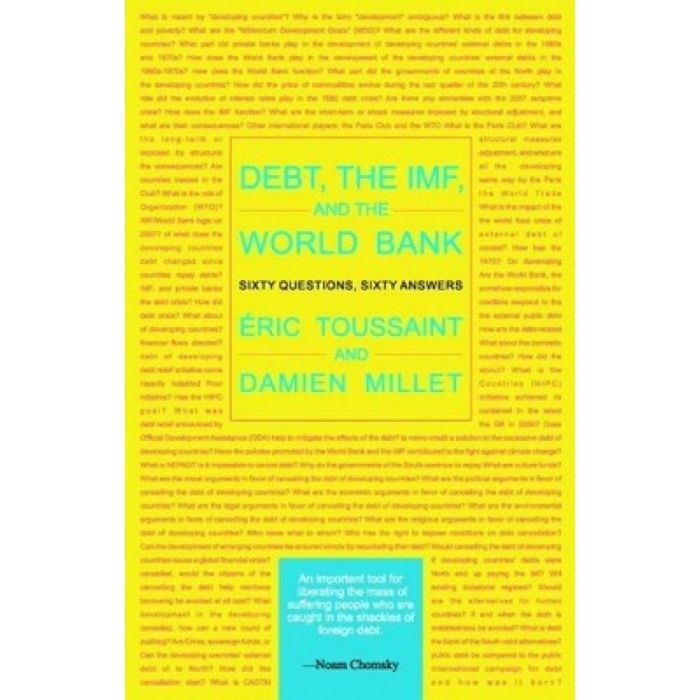