While Marx and Engels wrote detailed critiques of capitalism, they could only suggest the bare outlines of what socialism as the order of society supplanting capitalism could be like. Lenin built on these ideas, and the experience of the working-class movement, to develop notions of the ways in which a transitional regime based on the worker–peasant alliance could open the path to socialism. Stalin guided the construction of socialism in ‘one country’ (Russia), and analysed the problems faced by socialism once established. Mao Zedong critically reviewed the experiences of the Soviet Union in socialist construction, and insisted that one must grapple with and resolve various contradictions within socialist society that he went on to define. The writings of these major figures of the Communist movement form an important storehouse of ideas, both theoretical and practical, on socialism. These are of exceptional importance today, when the world economic crisis of 2008–09 has brought on the agenda the question of replacement of capitalism by a more just system all over the world.

The editor of this volume, Irfan Habib, has contributed an explanatory essay placed in the Appendix, setting out the problems of socialism as analysed by leading Marxist theoreticians and economists, and checked with the actual experience of socialist countries. 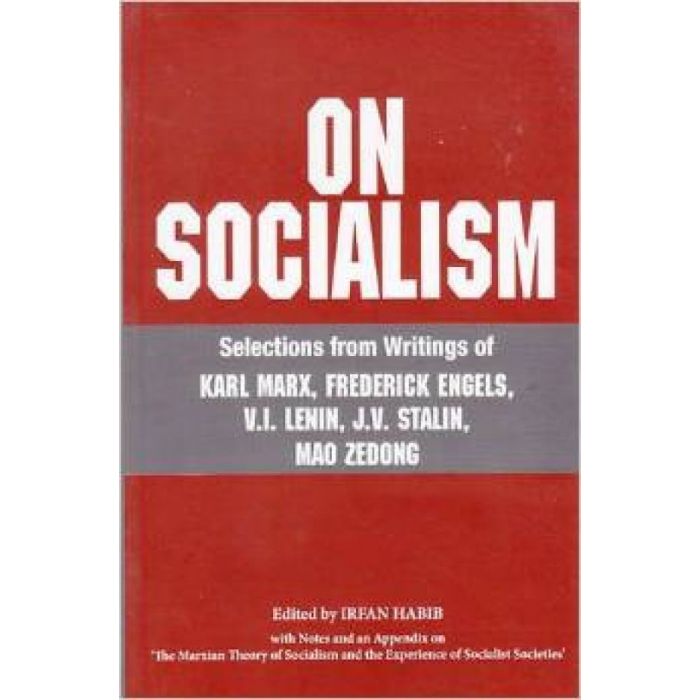