INR 275.00
In stock
SKU
pro_8
The present volume puts together a selection of EMS's Frontline columns. It is a testimony to the variety of his interests, his erudition, and his ability to communicate complex questions of history, politics and Marxist theory in simple and elegant prose. EMS discusses, among other things, the roles and contributions of Congress leaders from Dadabhai Naoroji and Ranade to Gandhi, Subhas Bose and Nehru, to Narasimha Rao and Manmohan Singh; he discusses the thoughts and relevance of Marxist theoreticians including Lenin, Rosa Luxemburg, Mao Zedong and Stalin, as well as Nelson Mandela; he writes on religion, philosophy and art; he discusses important questions of the Indian polity including planning and centre-state relations; he comments on the Indian Communist movement (including on the decision not to join the United Front government at the centre in 1996); and he writes about the radical experiments in Kerala. 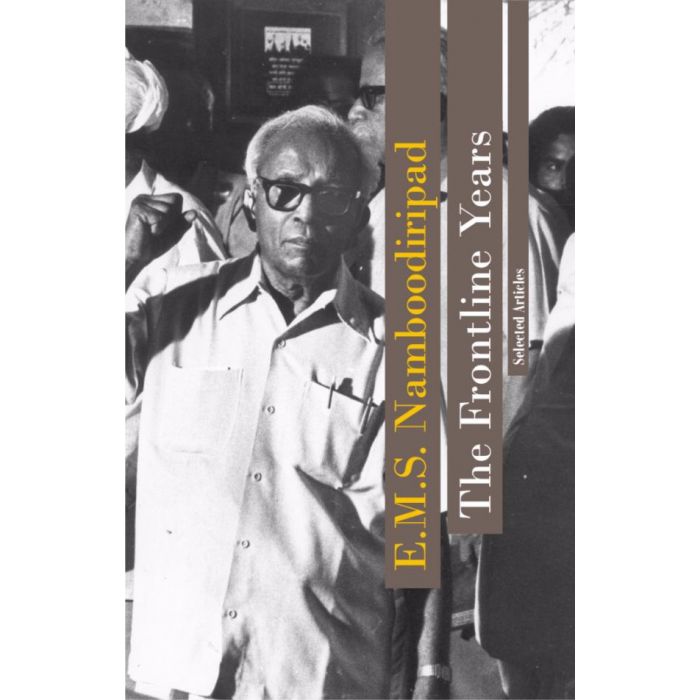 . . . an invaluable guide for anyone who wishes to understand the specific national characteristics of India and work towards a socialist society.

The contents . . . carry the reader through the wide-ranging struggles of ideas that [EMS] waged relentlessly. How correct was Marx's concept of 'the Asiatic mode'? What is right and what is wrong with Stalinism? What did a Marxist see as the Mahatma's greatness? Is religion only the 'opium' of the masses? EMS has his answers, and holds your attention even if you do not agree every time with what he says. Together, they present a rich resource for anyone who wants to understand India's struggle for independence and equitable growth. EMS (1909-1998) represented an era of that struggle.