Ranjani Murali's lines are usually triggered by immediate experience or by an experience intentionally recollected to stress its immediacy: what actually happened, what body and mind experienced at a particular time. I say 'lines' rather than 'poems', since the appeal of her poems, at least to me, lies in the dexterity with which she handles her challenging lines. Considering the range of subjects she covers, the risks Murali takes are many, and skilfully faced. Her subjects are starkly contemporary: terrorists, abandoned Alcatraz, Tamil movies, sexual harassment – our daily newsfeed, but which, in her world, are also tropes of entrapment. Her escapes or attempts to escape are through real or imaginary flight: the sky's her saviour. Recalling one of those attempts, she says:

. . . I lunged towards the tallest wave, my only
benediction being the dismissal of mooring, a return

to diaphanous webs, of joints as malleable as the strips
of bamboo wired to make rosaries . . .

And with that benediction, that dismissal of mooring, she soars.

Ranjani Murali's is a fast-moving eye, missing nothing, sparing nothing. Every detail of the seen world is here, which is at once both the absurdity and the dis-ease of our represented and re-represented lives, troubled by the position of privilege in which we all "reek of watching." With a mind "suspended // between seeing and being seen" the poet guides us through a kind of underworld, urgently crisscrossing the hyper-real of cinema and self-deception in a global theater in which any one of us might "step out into the raw/brick temple, rain-shorn, and bow in reverence / to an abscess adorned with flower;" where "the hero is smoking in / the trailer-toilet, his window overlooking a river where / a buffalo is courting storm-water;" and the Supreme-Mother-Goddess is "a myth so real that / it makes you pause at every corner and turn furtively back, // wondering if she is tailing you." Under Murali's cool urbanity, her unshakable irony and equanimity, runs a line of anger that feels exactly like a line of clarity.

Ranjani Murali is a Chicago-based writer and artist. She received her MFA in poetry from George Mason University in 2010. She currently teaches undergraduate literature and writing courses. She was the recipient of the Kay Evans Poetry Fellowship from the Vermont Studio Center and the Fine Arts Work Center's Archie D. and Bertha H. Walker Foundation Scholarship in Nonfiction. Ranjani won the Srinivas Rayaprol Poetry Prize in 2014. Her second book of poems won The (Great) Indian Poetry Collective's Editor's Choice Award in 2016 and is forthcoming. 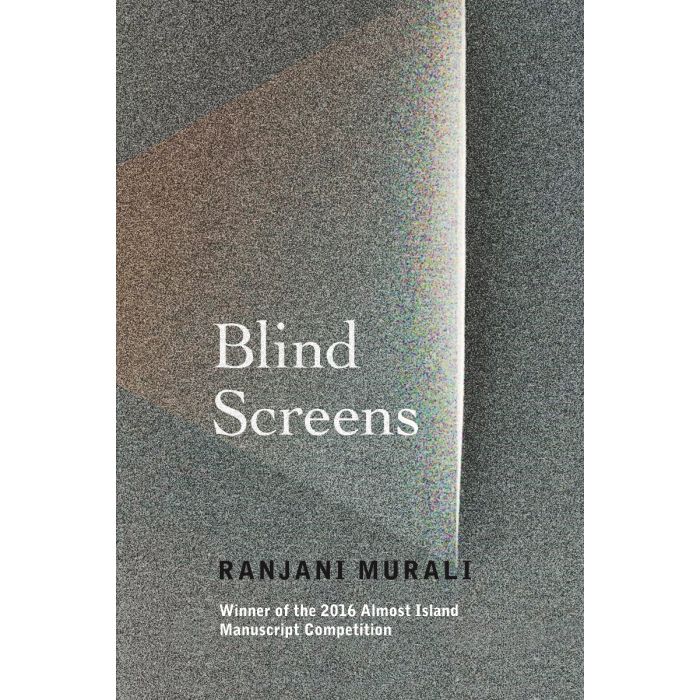