The Story of a Translation 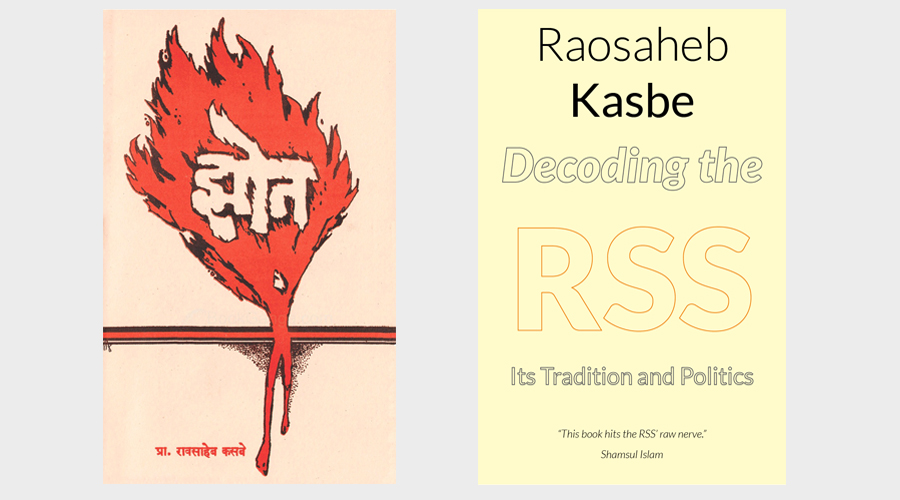 LeftWord's July release, Decoding the RSS: Its Tradition and Politics, is the translation into English of Raosaheb Kasbe's classic Marathi book, Zot. In this post, translator Deepak Borgave outlines the process of transmitting into English the polemical text, which draws from a range of historical references to present an incisive critique of RSS ideologue M.S. Golwalkar's Bunch of Thoughts.

Why translate, and for whom?
Does translation matter?
Who is the reader?

Is translation necessary?
Won't things go on without translation?
What is affected if we don't translate?

Is translation a pastime?
I have time and have nothing else to do.
I know two languages, so why not try a hand at translation?

However, is translation an amateur adventure?
Or is there a purpose to it, a motivation?

Such questions are significant in translation practice.

One doesn't translate simply because a language or two is known—that would be nothing more than a superficial exercise. 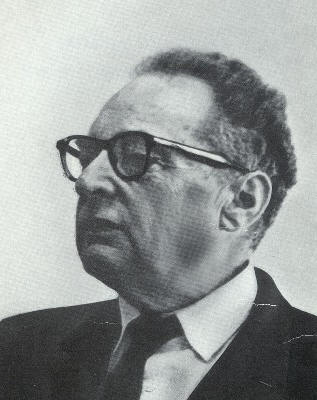 In his seminal essay, 'On Linguistic Aspects of Translation', the linguist and scholar Roman Jakobson said that translation from one language to another is reported speech. 'The translator recodes and transmits a message received from another source.'

A fair amount of training in linguistics and cultural studies is required when you set out to translate [texts]. The process of translation is essentially a transfer from one culture into another; it is cultural reception. Nevertheless, when a text is translated into a foreign language, i.e. a non-Indian language, the attempt is not only challenging but also exclusive in terms of cultural paradigms. Roman Jakobson terms it as 'intercultural translation'.

Ever since Zot was published in 1978—when I was a postgraduate student of Shivaji University In Kolhapur—it was my great desire that the book be translated into English. I thought that somebody must do it; someone will do it. But, to no avail.

The Rashtriya Swayamsevak Sangh (RSS) has been working as a pressure group since 1925. It has been exploiting the naive through cultural politics—which does not show its face and often remains invisible. It surfaces when the Hinduist philosophical discourse enters the staff room of a school or a college, or finds space on the street of a village where people pass a mosque on their way to a temple. It explodes when India and Pakistan play a cricket match. Its poisonous circles are vicious. This cultural politics, as Antonio Gramsci termed it, is what happens in a fascist state.

So I approached Dr. Raosaheb Kasbe myself; he did not invite me to translate his book. At that time, he was the Dr. Ambedkar Chair at Savitribai Phule Pune University. It was in August 2014 that I started working on Zot. Five years have passed and the project has materialised now. I can't express enough how happy it makes me.

However, the work of translating Zot into English was very tedious and challenging. It enormously troubled me and kept my spirits low and defeated. I gave it up several times. Nevertheless, conscious of my responsibilities as a translator, the pressing cultural, social and political significance of the source text always beckoned me. It kept ringing in my mind, and I was driven to work on it, again and again.

I am no student of political science, I admit. In the beginning, I found the source text difficult to transfer into the target language. But I have been studying Marxism since I was a student and have been involved with the Left movement. So I was able to overcome the difficulties encountered while translating, and achieved considerable progress.

Advocate Milind Sahasrabuddhe, Comrade Subhash Thorat and Comrade Kiran Moghe read my first draft. Even though they could not go through the draft in detail, but knowing its importance they read the text and offered many useful suggestions.

The translated text was then shown to Professor Kasbe. He was happy after going through it. However, I was not satisfied with the work done so far.

I spoke about it to my friend Dr. Dilip Chavan from Nanded, who considered the translation project to be a very important one. Next summer, he invited me to meet him in Wai, Satara, where we stayed at the residence of his friend Ravindra Ghodraj, sub-editor at Marathi Vishwakosh Mandal. We wrestled with the work that had been produced until then.

After a comfortable start we ran into several differences of opinion over the process of translation. We engaged in a few healthy debates too. The crucial question was: to whom were we addressing the translation? I maintained the view that the reader of the target-language text was the focus of any translated text. But Dilip believed that the winding expressions from the original had to be retained. I felt that such a kind of translation would make it difficult for readers to understand the text, and would adversely impact its readability.

We proceeded and worked at an even pace, but I fell sick and was forced to return to Pune. The tandem of working was consequently disrupted. Dilip stayed on in Wai for about a week more and patiently continued his work, making some progress. He had to return to his routine at the university later, but kept working on it when there were no classes to teach. After doing what he could, he dispatched the text to me. This computer-edited version immensely contributed to my final version.

I cannot recall the number of times I looked through the final version, until finally, I accepted that I had done what I could to the best of my ability. By then, Professor Kasbe was in touch with Githa Hariharan from Indian Cultural Forum, who recommended changes from the point-of-view of publishing the book.

The manuscript of the translation was then sent to Sudhanva Deshpande, the managing editor of LeftWord Books, to begin the publishing process. Vinutha Mallya, a journalist and editor in Pune, edited the translation and made the necessary changes. Shamsul Islam, a noted activist and theatre person based in Delhi, wrote the book's introduction, and added to its texture.

It was very demanding to render into translation the portions of Zot that dealt with India's ancient past. Embedded with social, cultural and political conventions and convictions of those eras, the references, Vedic verses and other texts cited in the book were difficult to transfer into another language. It was especially challenging to translate into a non-Indian language, i.e. English, but consistent efforts and perseverance helped me succeed. 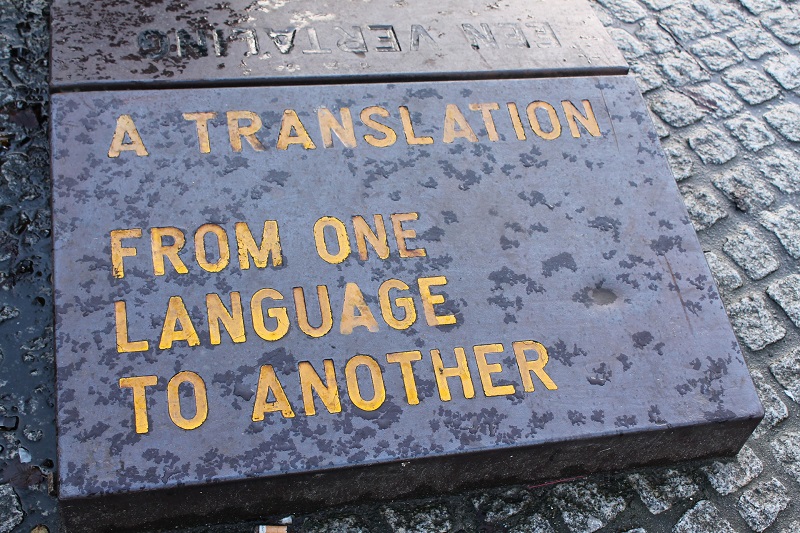 The conceptual artist Lawrence Weiner's typographic art on stone, placed in the Spui in Amsterdam. Titled 'Een vertaling van de ene taal naar de andere / "A Translation from one language to another" ', the artwork consists of three pairs of two stones placed against one another, each inscribed with the same text in a different language.

The act of translation is thus not simply a linguistic or cultural matter—its scope is multi-dimensional. A translator, therefore, has to be aware of the responsibility of taking a text to a reader, especially the one reading it in a non-Indian language.

Zot is primarily a political text, and its contents are controversial in today's world. Though it might appear to be a simple task, translating such a text demands ideological commitment and fearlessness. 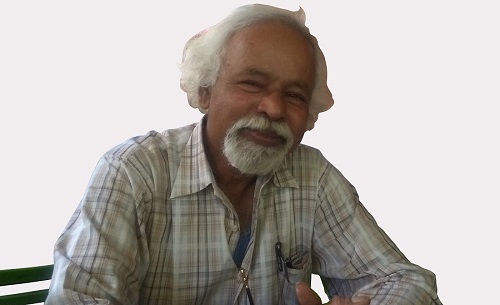 Decoding the RSS: Its Tradition and Politics by Raosaheb Kasbe, translated by Deepak Borgave, is published by LeftWord Books. The book is available at May Day Bookstore.