Its Tradition and Politics

Raosaheb Kasbe presents an incisive critique of M.S. Golwalkar’s Bunch of Thoughts, the main ideological treatise of the RSS. Kasbe traces the historical roots of cultural nationalism as outlined by Golwalkar, and exposes its authoritarianism. His study of the functioning of the RSS reveals its communal blueprint, its anti-modern views and anti-democratic objectives.

Kasbe challenges the RSS on its own turf — its interpretation of Hinduism. Through a rigorous critique of Golwalkar’s text and careful analysis of ancient texts, Kasbe shows how the RSS version of Hinduism is unapologetically casteist and deeply patriarchal.

Four decades and seven editions after its first publication, Kasbe’s zestful polemic is finally available for the first time in English, with an Introduction by scholar and activist Shamsul Islam.

Deepak Borgave holds a Ph.D. in Translation Studies and an M.Phil. in Modern British Poetry. He has translated over a dozen books. His translation of Gujarat Files by Rana Ayyub into Marathi was published in 2018. He is a bilingual poet and critic. He lives in Pune.

Raosaheb Kasbe is an eminent political scientist and scholar on Ambedkar and Dalit movements in India. He is the author of several widely acclaimed books in Marathi. He taught Political Science for over three decades at Sangamner College in Ahmednagar, Maharashtra, and retired as Chair Professor, Dr. Babasaheb Ambedkar Studies Centre, Savitribai Phule Pune University. He is currently President, Maharashtra Sahitya Parishad.

Shamsul Islam is a left activist, author, and theatre person based in Delhi. His notable books include Know the RSS (2000), Golwalkar’s We, or Our Nationhood Defined (2006), and Muslims Against Partition (2015).

Vinutha Mallya is an editor and journalist based in Pune. 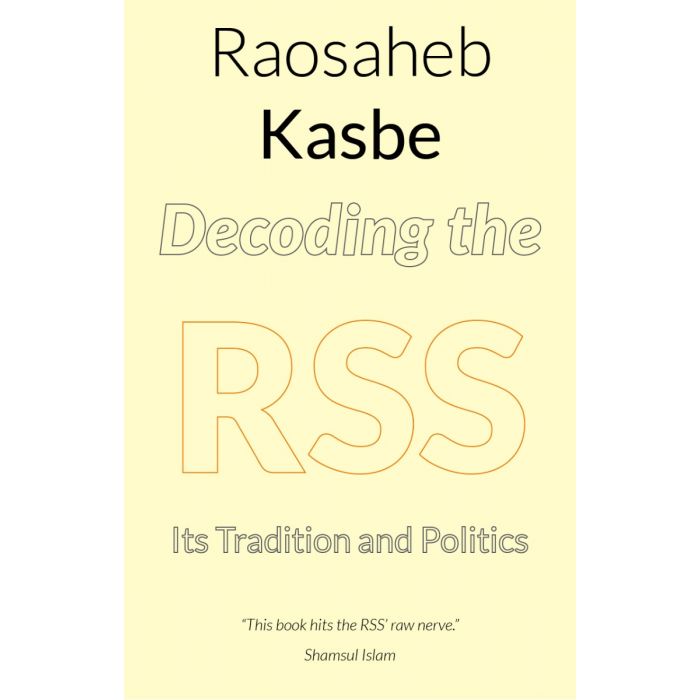 [Published in 1978] the book focussed on the various contradictory stands of the organization and tried to expose its problematic stand on many issues.

The book lacks . . . the stigma of western elitism that the Sangh Parivar invariably mobilises to discredit criticism against it. No less importantly, Mr Kasbe, a political scientist and scholar of Ambedkar and Dalit movements, challenges the organisation's ideology not from the standpoint of western liberalism – another bone of Parivar contention – but within the framework of Hinduism and India's cultural history.