Among the major Marxist thinkers of the period of the Russian Revolution, Rosa Luxemburg stands out as one who speaks to our own time. Her legacy grows in relevance as the global character of the capitalist market becomes more apparent and the critique of bureaucratic power more widely accepted within the movement for human liberation.
INR 450.00
In stock
SKU
LWB457

The Rosa Luxemburg Reader will be the definitive one-volume collection of Luxemburg’s writings in English translation. Unlike previous publications of her work from the early 1970s, this volume includes substantial extracts from her major economic writings—above all, The Accumulation of Capital (1913)—and from her political writings, including Reform or Revolution (1898), the Junius Pamphlet (1916), and The Russian Revolution (1918).

The Reader also includes a number of important texts that have never before been published in English translation, including substantial extracts from her Introduction to Political Economy (1916), and a recently-discovered piece on slavery. With a substantial introduction assessing Luxemburg’s work in the light of recent research, The Rosa Luxemburg Reader will be an indispensable resource for scholarship and an inspiration for a new generation of activists.

Kevin B. Anderson is professor of political science at Purdue University in Lafayette, Indiana, the author of Lenin, Hegel and Western Marxism, and co-editor of the ongoing Collected Works of Marx and Engels.

Peter Hudis is an organizer for the Chicago-based News & Letters collective, and co-editor of The Power of Negativity, a collection of Raya Dunayevskaya’s writings on dialectic.
MARXIST THEORY |
Skip to the end of the images gallery 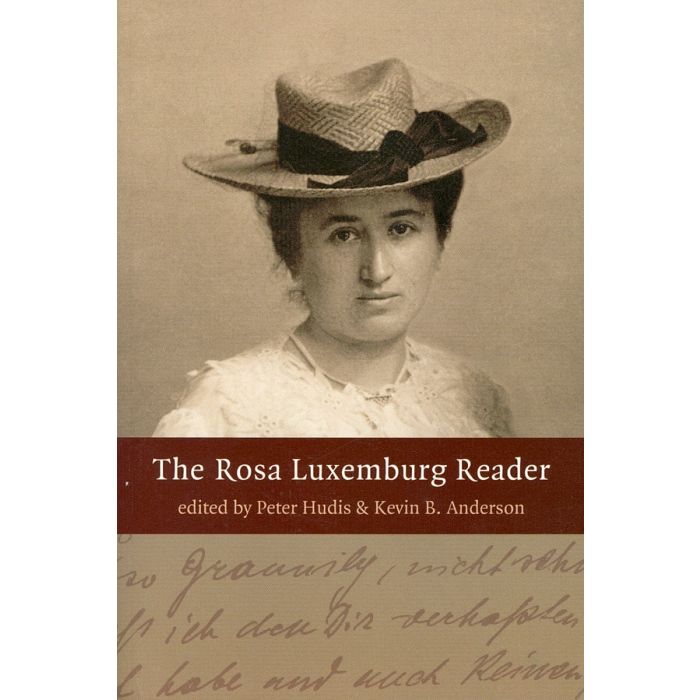