Alexandrea Kollontai (1872–1952) was the only woman in Lenin's government, and one of the most famous women in Russian history. She was a revolutionary who saw the revolution become less than she had dreamed, and throughout her life she passionately defended its true ideals. She believed too that real political change could only come with a transformation in personal and family relationships.

Her life, both personally and politically, was stormy. Born into the aristocracy, she became involved early in radical circles. And her life-long preoccupation with women's emancipation began with her painful decision to leave her husband and child. She worked tirelessly all her life, a brilliant speaker, writer and organiser, and her ideas are as crucial today as they were in her own time. This compelling biography records the life of a remarkable woman and the dramatic period in which she lived.

This biography includes 8 glossy pages of black & white photography. In one of the photographs Alexandra Kollontai looks pretty and serious dressed in a debutante's ball dress, aged 17.

Cathy Porter was born in Oxford in 1947, and grew up there. She spent a year in Poland before studying Russian and Czech at London University. Since then she has become deeply involved in the political life and intellectual ideas of the nineteenth- and twentieth-century Russia. She is the author of Fathers and Daughters: Russian Women in Revolution, and translator of Kollontai's fiction Love of Worker Bees. Cathy Porter lives in London and divides her time between translating, teaching and researching into Russian history.
BIOGRAPHY & MEMOIR | RUSSIAN/SOVIET STUDIES | THE 1917 LIST |
Skip to the end of the images gallery 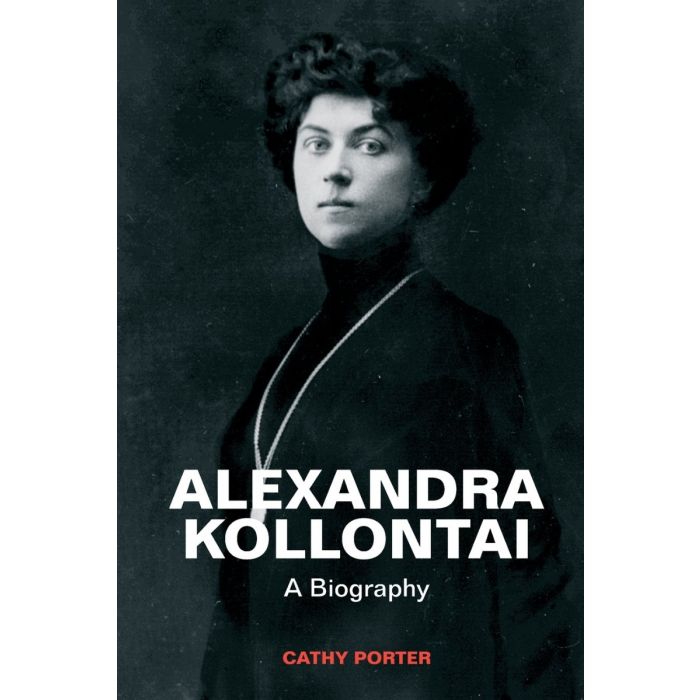