INR 325.00
In stock
SKU
pro_905
Few historical issues have occasioned such discussion since at least the time of Marx as the transition from feudalism to capitalism in Western Europe. The Brenner Debate, which reprints from Past and Present various articles in 1976, is a scholarly presentation of a variety of points of view, covering a very wide range in time, place and type of approach. Weighty theoretical responses to Brenner's first formulation followed from the late Sir Michael Postan, John Hatcher, Emmanuel Le Roy Ladurie and Guy Bois; more particular contributions came from Patricia Croot, David Parker, Arnost Klìma and Heide Wunder on England, France, Bohemia and Germany; and reflective pieces from R. H. Hilton and the late J. P. Cooper. Completing the volume, and giving it an overall coherence, are Brenner's own comprehensive response to those who had taken part in the debate, and also R. H. Hilton's introduction that aims to bring together the major themes in the collection of essays. The debate has already aroused widespread interest among historians and scholars in allied fields as well as among ordinary readers, and may reasonably be regarded as one of the most important historical debates of prevailing years.

Trevor Henry Aston (1925-85) was a British historian and teacher at the University of Oxford.

HISTORY | POLITICAL ECONOMY |
Skip to the end of the images gallery 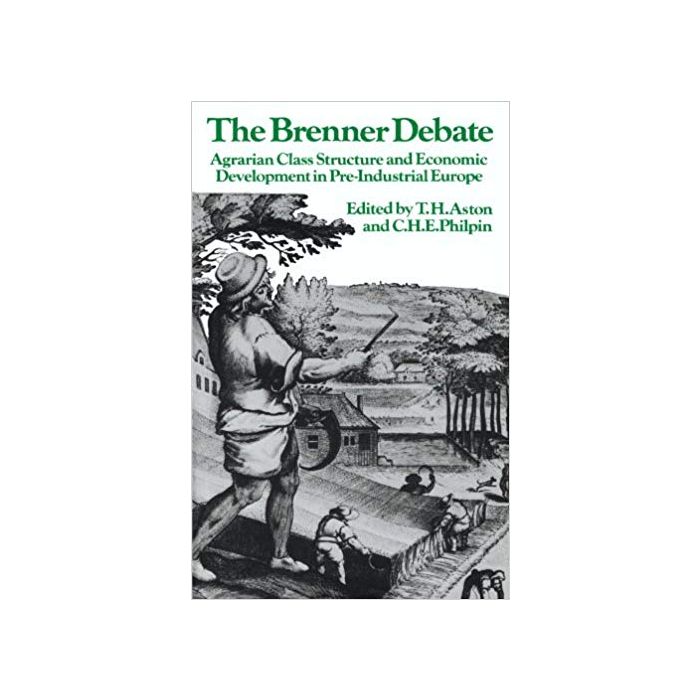