A Materialist Interpretation of the Bhagavadgita

The Bhagavadgita is considered one of the core texts of Hindu philosophy and religion. Ever since the poem was composed, innumerable commentaries have been written which seek to explain the poem from the standpoint of philosophical idealism. Surprisingly, there has been little study of the poem from the materialist standpoint. The Warrior and the Charioteer seeks to fill this void.

This erudite study argues that we need to cut through the thick religio-philosophical crust of the poem to reach its ethical core. This exercise will enable us to unravel the socio-economic structure of contemporary society as revealed by the ethics expounded in the poem. The author looks at the central characters of the poem, Krishna and Arjuna, and pulls down the mythical veil that conceals their historical faces: the former, a Yadava Chief, and the latter, the foster son of Pandu and scion of the House of Bharatas. The author strips the terms Brahma and yajna of their symbolism and argues that the poem reflects the period of transition of Indo-Aryan society from the Barbaric Status to the Status of Civilization.

The book also contains a fresh translation of the poem, the first from a materialist standpoint. In simple and lucid prose, the book offers a challenging and original interpretation of the Bhagavadgita, and is sure to be of immense value to scholars, believers, as well as lay readers.

V.M. MOHANRAJ (born 1928) is one of the most respected librarians in India, having worked at Madras University, Law College (Chennai), and The Lawrence School (Lovedale). He has six books and many articles to his credit and has contributed articles to the first ten-volume encyclopedia in Malayalam. He is a recipient of H.H. The Maharaja of Travancore Gold Medal for proficiency in Malayalam.

HISTORY | PHILOSOPHY |
Skip to the end of the images gallery 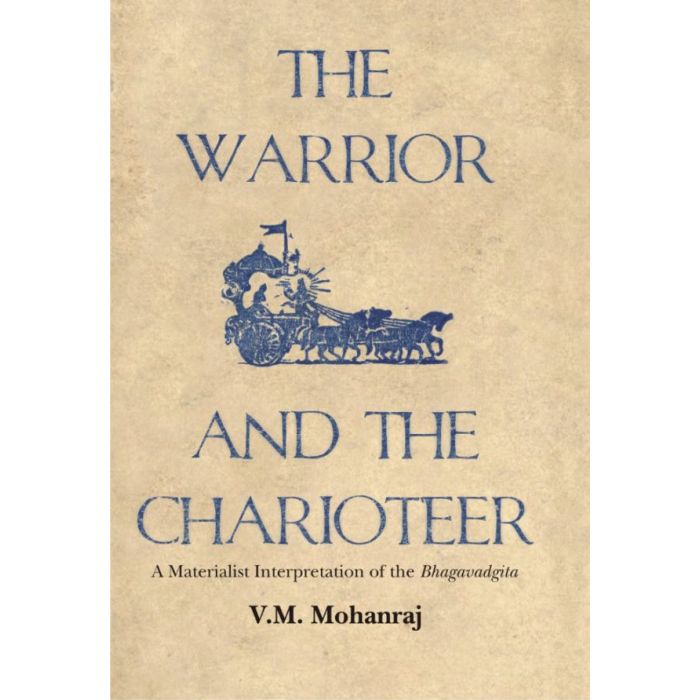 "Mohanraj has upon a 'materialist interpretation' of the Gita. Naturally enough he draws upon the works of the earlier Marxists like Dange and Kosambi-agreeing more with the former than the latter." —— The Book Review “

". . .finely written book, based on the study of a wealth of materials."” —— The Telegraph