The Challenge and Burden of Historical Time

Socialism in the Twenty-First Century

The Challenge and Burden of Historical Time represents a breakthrough in the development of socialist thought. It can be seen both as a companion volume to his earlier pathbreaking Beyond Capital and a major theoretical contribution in its own right. Its focus is on the “decapitation of historical time ” in today ’s capitalism and the necessity of a new “socialist time accountancy ” as a revolutionary response to the debilitating present. Extending Mészáros ’s earlier analysis of capitalism as a social-metabolic system caught in an irreversible structural crisis, it represents a crushing refutation of the view that “there is no alternative ” to the current social order. Mészáros ’s wide-ranging analysis explores the forces behind the expansion of world inequality, the return of imperial interventionism, the growing structural crisis of the capitalist state, and the widening planetary ecological crisis —along with the new hope offered by the reemergence of concrete socialist alternatives. At the heart of his book is an examination of the preconditions of Latin America ’s historic Bolivarian journey, which is producing new revolutionary transformations in Venezuela, Bolivia and elsewhere. The Challenge and Burden of Historical Time is a work of great political as well as philosophical importance, one that defines the challenges and burdens facing all those who are committed to a more rational, more egalitarian future. This book is published by Aakar Books. 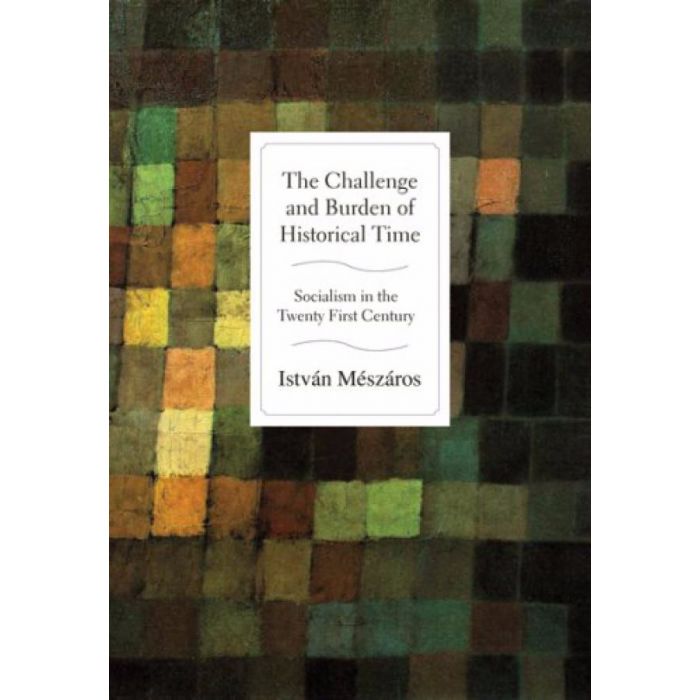