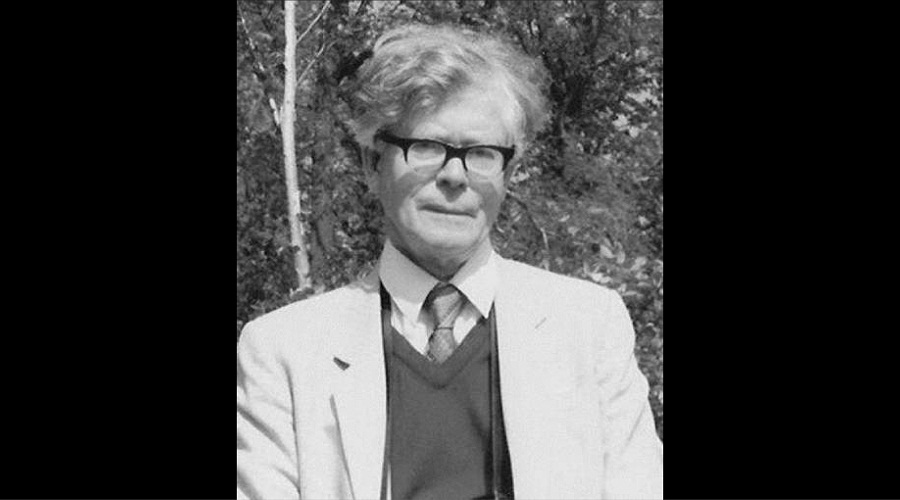 Victor Gordon Kiernan (1913–2009) was a British Marxist historian. He was part of the famous Communist Party Historians’ Group of the 1940s that included E.P. Thompson, Christopher Hill, Rodney Hilton and others. Described by Hill as ‘one of the most versatile of British historians’, he is, however, not as well known as the others. Eric Hobsbawm, in this essay, taken from Across Time and Continents (ed. Prakash Karat, LeftWord, 2003), talked about this humble but brilliant man.

Victor Kiernan is so modest and reticent a man that he has been persistently underrated as a historian and a Marxist. Nothing could be further from his personality than the title of an American writer’s book: Advertisements for Myself. Even in the days of the famous C.P. Historians’ Group, in which he played an important part, he never played it, as it were, centre-stage, so much so that Christopher Hill and I, acting as an informal ‘Victor Kiernan Appreciation Lobby’, constantly tried to get the rest of the group to recognize the extraordinary range and originality of Victor’s work. Even Professor Harvey Kaye paid less attention to him than he might have done in the original version of his pioneering book on The British Marxist Historians, but soon recognized his mistake, and has since more than compensated for it by bringing Victor’s work to greater public attention.[1]

In some ways the sheer universality of Victor’s interests have stood in the way of wider recognition. Trained in the languages of classical antiquity and, like so many British Marxist historians, initially with literary interests, he came to history relatively late and, when he did, Marxism and Indian friendships gave him global interests. In his career of enormous and, if anything, accelerating productivity ranging over centuries and continents he has, so far as I am aware, no parallel among twentieth-century British historians. Who else has written with comparable expert knowledge both about the ancient Roman poet Horace and twentieth-century Urdu poets, books about Shakespeare and studies on Wordsworth, ‘Iqbal and Milton’ and ‘Civilization and the Dance’, about sixteenth– seventeenth century Europe, England in the era of the French Revolution, duelling, tobacco and the Spanish Revolution of 1854, diplomatic history in three continents, religion and war? In the Dictionary of Marxist Thought which he co-edited,[2] he was personally responsible for the entries on Agnosticism, Christianity, Empires of Marx’s Day, Hinduism, Historiography, Intellectuals, Paul Lafargue, Ferdinand Lassalle, Nation, Nationalism, Religion, Revolution, M.N. Roy, Stages of Development and War. And this in addition to the work on imperialism and empires, by which he is probably best known. But even in this field he writes as a man of universal knowledge rather than simply as a specialist. No lesser scholar could have written The Lords of Human Kind, my favourite among his works, and European Empires from Conquest to Collapse. Indeed, in the middle 1960s I convinced a publisher to commission a book on this subject and urged Victor to write it, because it was clear to me that he, and only he, was capable of writing it.[3]

It was in connection with empire that I first met Victor in 1937, a recently elected Fellow in a dressing gown, emerging from behind masses of books in his rooms on the attic floor of the Great Court of Trinity College, Cambridge. I had expressed an interest in Indian liberation and my comrade and fellow-Kingsman Mohan Kumaramangalam had told me he was the man to see. Victor was then responsible for the so-called ‘colonial group’ of officially nonexistent Communist students from what was then the Empire – mainly South Asians – and consequently kept a low profile in the public activities of the Cambridge left. While it lasted, the group was led by a succession of historians who contributed substantially to making British history less Eurocentric and more global. Victor himself, whose first book on China was soon to be published,[4] had taken over from the Canadian E.H. Norman, a pioneer of Japanese history who was to be hounded to death in the 1950s by the US anticommunist witch-hunt, and succeeded by another Canadian who was later to move politically to the right, Harry Ferns (special field: Argentina). He, in turn, was due to be followed by Jack Gallagher, a brilliantly original, complicated and eventually ex-Marxist Liverpool Irishman who later held the chairs of Commonwealth History in both Oxford and Cambridge Universities. The group did not survive the outbreak of World War II. The friendships of the ‘colonial group’, followed by almost eight years in India from 1938 to 1946 teaching, first in the Sikh National College and then at Aitchison College in Lahore, gave Victor the foundation for his subsequent work as historian, and incidentally established his passion for the great Urdu poets, Iqbal and Faiz.

Victor returned from his years on the subcontinent in 1946 to two remaining years as a research fellow and an uncertain future. Trinity College did not renew the well-known leftist’s fellowship, let alone offer him a more permanent post as a teacher. Communist academics, however brilliant and charming, were soon to be unwelcome in the universities of cold war Britain. Moreover, he himself was uncertain what to do next. His major passion at that time, as I recall, was struggling with the Marxist analysis of the works of Shakespeare, on which he had prepared a massive manuscript, which was unlikely to interest history departments. (It was to take almost another fifty years for this work to come to fruition.[5]) Fortunately in 1948 Richard Pares, an intelligent and underrated historian, had sense enough to recognize Victor’s uniqueness, and accepted him into his history department at Edinburgh University, where he remained for the rest of his career.

Victor’s return from India (as yet undivided) almost coincided with the establishment of the C.P. Historians’ Group. For the next few years he was one of the leading pillars of the group, which formed a sort of regular seminar where we got to know one another and, on the basis of a mass of cyclostyled statements, theses and comments, we educated ourselves as Marxist historians. By general agreement the impact of the group on the writing of history not only in Britain, but world-wide, has been substantial. Even today a brief search reveals over 31,000 references to it on the internet. It was essentially a collective enterprise, in which it is difficult and unwise to single out any individual contribution. It was evident to all of us from the start that Victor was central to this enterprise and, like several other leading members of the group – Christopher Hill, Rodney Hilton, George Rudé, and the present author – he continued to remain loyal to the flexible, open-minded Marxism of the group, which owed so much to his quiet determination to think out problems of class, culture and tradition for himself.

The central question discussed in the early years of the group was the nature of the transition from feudalism to capitalism in Europe, and this stimulated Victor, who disagreed with the majority’s somewhat rigid view on the nature of the English Revolution, to develop his interest in sixteenth and seventeenth century history, which produced some of his most stimulating writings in the journal Past & Present, and the important book State and Society in Europe 1550–1650 (1980).

Meanwhile in the middle 1950s he continued to publish on Asian international history in the more traditional style,[6] but extending the range of his interests to Latin America, becoming one of the few British historians to take a serious interest in this region before Fidel Castro’s triumph drew wider attention to it.[7] At this time Victor’s Hispanic interests led him into several years’ work on the Spanish Revolution of 1854, which produced what is still the standard account of this revolution in English.[8] In a way it was – as he told me at the time – a deliberate test of his stamina as a marathon runner through archives and libraries – as he noted in his bibliography, ‘I have tried to consult all [my emphasis, EJH] books and pamphlets, contemporary or later, bearing on the politics of the period’ – which turned into his own farewell to the practice of source-exhausting history. As he now discovered, Victor’s great strength lay in his ability to ask historical questions and suggest answers to them by bringing and fitting together an unparalleled range of information, constantly extended by one of the great readers of our time. He had always been a comparatist – something which comes naturally to Marxists. From the 1960s his works became less monographic, and more general, increasingly bringing together in his analysis of societies in transformation class, state, culture and the forces of globalization.

This was to be the basic style of his important writings on the nature of western imperial expansion into the non-western world, which became central to his interests for the remainder of his teaching career. It produced the major books – The Lords of Human Kind (1969), European Empires from Conquest to Collapse (1982) – as well as other writings both on imperialism in general and on its transatlantic version in the USA. This is almost certainly the field of history on which he has left the largest mark.

The official age of retirement for British university teachers, which he reached almost a quarter of a century ago, did nothing to slow down his activities. On the contrary, it left him free to write more, and on a wider range of subjects than ever – from books on the history of duelling in aristocratic society, on the historic impact of tobacco, on Shakespeare and Horace, to the lucid, suggestive and beautifully written contributions to journals and collective volumes which he was ever prepared to supply to editors who appreciated the collaboration of one of the grand old men of Marxist history.

[3] V.G. Kiernan, The Lords of Human Kind: European Attitudes to the Outside World in the Imperial Age, (London 1969), Foreword: ‘The theme of this book was suggested to me by my friend Dr E.J. Hobsbawm’.↩

[7] Note especially his ‘Foreign Interests in the War of the Pacific’ and ‘Britain’s First Contacts with Paraguay’, both in 1955.↩