Emergence of Left Forces in Madras 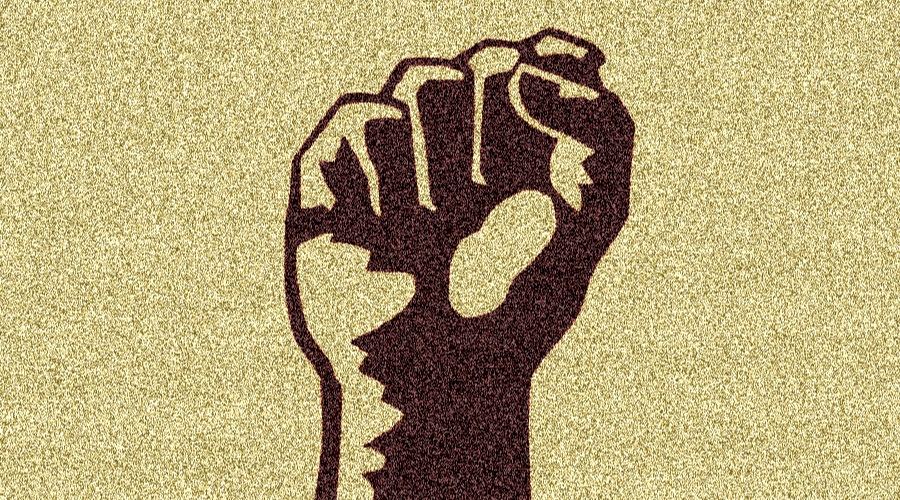 For anyone seeking to understand the early years of the labour movement in India, D. Veeraraghavan’s The Making of the Madras Working Class (2013) is an indispensable book. In the chapter ‘Emergence of Left Forces, 1933–1937’ he discusses at length the role of the socialists and communists. In the extract below, one can get an idea of their militant interventions for the protection of workers’ rights in that period in Madras. While acknowledging the active participation of the Congress Socialists, the author also reminds us of the anti-labour role of the Congress leadership.

The communists had been active among labour through the Madras Labour Protection League formed on July 19, 1935, by Sundarayya, A.K.S. Iyengar, P. Ramamurthi and Jeevanandam. The League gained control of the Madras Press Workers’ Union and had established contact with the Madras Aluminium Workers’ Union and the M. and S.M. Railway Employees’ Union. One of the league members became the Assistant Secretary of the Madras Electric Tramway Workers’ Union. Taking advantage of a spontaneous strike in a snuff factory, a league activist, B. Srinivasa Rao, organized a trade union for snuff workers in Madras city in November 1935.

The communists’ involvement in the press workers’ movement intensified on the return of Sundarayya from Bombay after attending the meeting of the executive committee of the All India Press Workers’ Federation on November 2 and 3, 1935. Thanks to his efforts, the second session of the All India Press Workers Federation was held at Madras on January 5, 1936. Among those who attended this conference was Ghate, who was to play thereafter a crucial role in the communist labour movement in Madras. The Madras Press Workers’ Union took up the cause of the Tamil Nadu Press Workers when a partial strike occurred on March 11, 1936, on the issue of non-payment of monthly wages on the prescribed date. The management disbursed the wages immediately and dispensed with the services of the strikers. But its efforts to carry on with outside labour did not succeed and the strikers were reinstated on March 21, 1936. Another strike took place on April 15, 1936 in the Telugu section of the same press in protest against the management’s refusal to remove from service the editor of Andhra Praja who was ill-treating the compositors. The Andhra Praja ceased publication and the Telugu section of the press was closed.

Ill-treatment of a compositor by a foreman was again the cause of a strike in Andhra Patrika press on May 5, 1936, by 40 compositors who also demanded the grant of wage increments. The strike ended on May 8, 1936 with the proprietor agreeing to grant 15 days’ casual leave a year, and pay wages for the strike period and guaranteeing proper treatment of the compositors. During their strike, the members of the Press Workers’ Union assisted in the picketing and were prosecuted under the Madras Police Act.

The readiness with which the communists volunteered to assist workers soon made the office of the Congress Socialist Party at 2/65, Broadway, Madras, famous as ‘the strike office’. Whenever a strike situation developed anywhere in Madras, the concerned workers would stream in to the strike office to seek counsel.

One such visit to the strike office was by toddy tappers in the later half of December 1936 to meet Ghate. Ghate deputed Ramamurthi, K. Murugesan and Jai Singh Bhatia to organize the toddy tappers’ union. The union was soon formed with Ramamurthi as President, Natesa Gramani, a toddy tapper, as General Secretary, and Murugesan assisting him as Secretary. In two months about 2,000 members were enrolled. Not a day passed thereafter without some strike taking place in one grove or other for better wages and against victimization. The union then decided to organise a general strike with a charter of demands. They were: minimum wage Re 1; workload of 15 trees a day; accident compensation and leave facilities. The strike commenced on March 2, 1937, with 2,400 toddy tappers joining the strike. Jeevanandam, Iyengar, Ramamurthi, Murugesan and B. Srinivasa Rao addressed a number of public meetings. Hundreds of volunteers were involved in conducting the strike. Repressive measures were adopted to crush the strike; leaders were arrested; section 144 was promulgated. Picketing near the coconut groves was prohibited. Processions and meetings were banned. The toddy contractors began to import blacklegs from the districts. Over 1,000 strikers defied the prohibitory orders, went in a procession to the groves and chased the blacklegs. A leaseholder who threatened to open fire was overpowered and his gun seized. When the victorious procession was returning the police descended upon them and made a lathi charge. Over 500 strikers including Murugesan were arrested, prosecuted and sentenced to various terms of imprisonment. The Madras Provincial Trade Union Congress, the Congress Socialist Party, the Madras Press Workers’ Union, the Madras Tramway and Electric Supply Workers Union and other unions organized relief to aid the families of the strikers. The strike dragged on for two months and was withdrawn on April 29. Hundreds of strikers were victimized and were not paid even for the days they had worked prior to the commencement of strike. Even their tools were not returned.

The strike exposed not only the repressive character of the State but also the psychology of the Congress members who were waiting to take power. Rajagopalachari refused to help the starving families of the strikers on grounds that the Congress, which stood for eliminating the evil of drinking, could not support those engaged in the industry that produced it. He argued: ‘Tomorrow, you will organize the prostitutes against the brothel keepers for better wages.’ A similar remark was made by Acharya Kripalani on the question of affiliating workers’ and peasants’ mass organizations with the Congress: ‘Tomorrow you may demand affiliation for the organization of dancing girls.’ These remarks betray the aversion the right-wing leaders had for anything associated with the left. This aversion was so strong that they were insensitive to the sufferings of the affected poor workers.

Workers were mobilized in February and March 1936 to protest against the amendment to the Payment of Wages Bill moved by H.P. Mody at the Central Assembly. The Mody amendment sought to penalize strikes without notice. Many unions passed condemnatory resolutions and the communists organized a joint meeting of the workers. Signatures were also obtained on a memorial to the Viceroy against the Mody amendment. The Congress Labour Committee and Congress legislators did not come out against the bill. This was strongly condemned by labour.

The Congress Socialists were also active in mobilizing labour on political issues. January 26, 1936 (Independence Day), was celebrated and the Soviet form of government commended. Labour week was celebrated in February 1936. Meetings were held on ‘Anti Repression Day’, ‘Anti War Day’ and ‘Unemployment Day’. Satyamurthy’s speech at the European Association on May 20, 1936, declaring that the Congress Party had not accepted socialism provoked strong protest from Congress Socialists who held a protest meeting on May 28. Visits of important Congress socialist leaders like Sampurnanand and Achyut Patwardhan were utilized for popularizing socialist ideology among the workers. The Hunger March of the unemployed organized by the Congress Socialists from Malabar reached Madras on August 24, 1936. Attempts were made to hold a big reception and demonstration of the occasion, but they were thwarted by the police. Meetings were also organized to express solidarity with the Bengal-Nagpur Railway Workers then on strike. The Congress Socialists also campaigned vigorously against office acceptance. The political exercise of the Congress Socialists did not however get a massive response from labour. Only the more politically committed workers rallied to these meetings.

Summing up, this phase in the labour movement was marked by the emergence of a left group committed firmly and totally to the cause of the working class and the ideals of socialism. Initially, the communists followed the policy of the Sixth Congress of the Communist International, which was based on the view that the national bourgeoisie had on the whole lost its importance as a force against imperlialism. This was reflected in a totally anti- Congress, anti-Gandhi attitude during this period. Later, after the Seventh Congress of the Communist International and the Ben Bradley-Dutt thesis in Labour Monthly, which recommended that the Indian communists should work inside the Indian National Congress and build a broad united anti-imperialist people’s front, the communists worked inside the Congress as members of the Congress Socialist Party. The Congress, however, was veering towards the right despite Jawaharlal Nehru being President. Right-wing Congress members took an anti-labour, anti-socialist stand on many occasions, which was in a way portentous. The colonial government also viewed the emergence of left forces with alarm and leading Congress Socialists and communists were prosecuted and sent to prison. Despite these adverse conditions, left-wing forces were able to exert a regenerating influence on the working class movement. New sections of the working class were brought into unions while the existing unions – to the extent the left forces could get control of them – were activated. However, partly because of the adverse conditions of repression and semi-illegality in which they had to work and partly because of the adherence to the policy of united front, which ruled out confrontations with reformist leaderships to the point of split, left-wing forces were not able to make much headway in the industries in which reformist leaderships were in control of the unions.

One feature of the industrial strife of 1936–1937 was the beginning of concerted action by workers in unorganized trade and labouring men such as toddy tappers and weavers. These workers demonstrated in a way that the need of the hour was concerted action in the form of general strike rather than isolated local struggles.

Featured image for representational purposes only.