Poems by 54 Women from 10 Languages

Many of India s best known women poets, as well as some of its less familiar ones are to be found in this landmark volume of 54 women poets from ten languages. Its rich and varied selection presents a feast of poetry in translations that are remarkable for their fidelity and poetic rendering.An experience of womanhood may be the locus of this anthology, but modes of expression vary by circumstance. Some women locate freedom in the sky, while others talk of being a witch, or dance, or food. Some speak of the pain of husbands and the love of children, others of a lover s touch, and the value of mothers, work, and writing. Their voices are tinged, or ringing, with joy or anger, frustration or satisfaction, regret or ironic resignation. As women and as poets, they offer advice, consolation, perspective and startling insight.A colossus like Kamala Das or Gauri Deshpande finds an echo in Mandakranta Sen, or Malika Amar Sheikh even, unexpectedly, in Mamang Dai. Amrita Bharati s intensely solitary interior landscape is counterpointed by the searing imagery of Salma; Savithri Rajeevan s oblique subversion with Jameela Nishat s overt dissent.Myth, fable, contemporary reality, fantasy and folklore are the sinew and substance of poems that range from the fact of discrimination to the exhilaration of discovering the power of the word. Exhilaration and discovery, then, are what inform the spirit of this unusual offering. 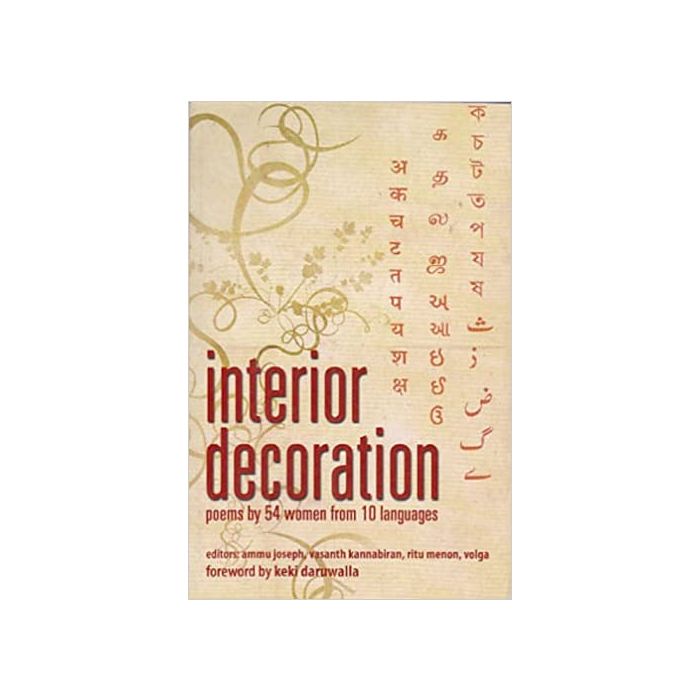