This is a small selection of Aijaz Ahmad's extensive writings and reflections. It speaks powerfully to the present and helps us make sense, theoretical as well as empirical, of what has been going on the political economy of India and other parts of the world over the past quarter-century.
INR 125.00
Out of stock
SKU
LWB657
This selection feature two long-form essays and a wide-ranging interview. They are of compelling interest to the left, and going beyond the left, to all those who are concerned about the advances made by the extreme right, with its hugely destructive ideology, policies, and programmes, and wish to do something to reverse this trend. That is the big challenge the first essay 'India: Liberal Democracy and the Extreme Right' addresses. The second essay 'Extreme Capitalism and the National Question elucidates the complex relationships between nationalism, neo-liberalism, globalisation, and what the writer characterises as 'extreme capitalism'. These insights are then explored with the reference to particular cases, notably the rise of 'Hindutva nationalism' and the 'forward march of the right' in the United States, from Barry Goldwater to Donald Trump. In a wide-ranging interview which was originally published in Frontline magazine, Aijaz Ahmad discusses Hindutva politics, the idea of secularism, caste, the question of fascism, the role of the left, and the relevance of Marx today. 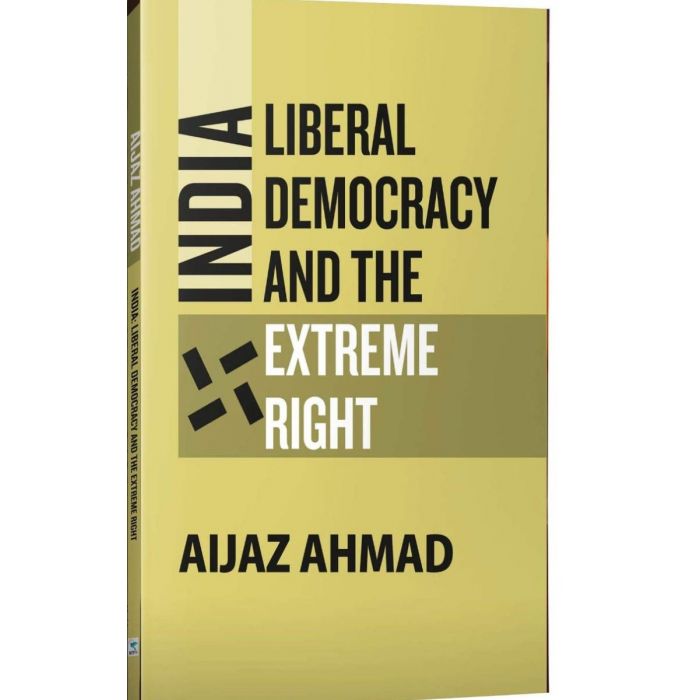