A Dossier on Gandhi's Assassination

The visceral hatred directed against Gandhi and the denigration of everything he stood for need to be recounted if we are to understand the political nature of that dastardly act. This book attempts to weave together archival documents from Government of India records relating to developments after the assassination, with the translation of works in Marathi, Gujarati, and Hindi deconstructing the ideology responsible for the political killing. While several of the documents have appeared before in issues of Communalism Combat, this compilation presents new material on the subject. The first English translation of Jagan Phadnis's book, Mahatmyache Akher, forms part of the dossier, as do Y.D. Phadke's analysis of attempts to legitimize Gandhi's killing and Chunibhai Vaidya's analysis of Pradeep Dalvi's play on Godse. It also covers the recent controversy over the destruction of files relating to Gandhi's assassination by Government of India. The second volume of this dossier will bring to readers the Report of the Justice Kapur Commission, constituted to investigate the Gandhi assassination, with a detailed introduction and notes. The assassination of Mahatma Gandhi on 30 January 1948 was a declaration of war and a statement of intent. For the forces that conspired in the killing, the act was a declaration of war with the secular, democratic Indian state and all those who stood to affirm these principles, as well as an announcement of a lasting commitment to India as a 'Hindu Rashtra'. It was also an act to signal the elimination of all that India's national movement against imperialism stood for. Beyond Doubt is a dossier of historical and critical documents that aims to contextualize the politics, motivations and circumstances behind the assassination of Mahatma Gandhi. Attempts to legitimize the act of killing and to celebrate the killers have re-doubled since May 2014, following the coming to power of the new regime in New Delhi. The time is right, therefore, to set the record straight.

Teesta Setalvad is a senior journalist, educationist and activist. She is co-editor of the monthly Communalism Combat, along with Javed Anand. Setalvad is involved with broadening the boundaries of history and social studies teaching through KHOJ, a programme for secular education, and has worked extensively on exclusion and communalization in school curricula and textbooks. She has analyzed and documented the communalization of India's law and order machinery, and the building up of communal conflict in Gujarat, since the early 1990s. Trained also in law, Setalvad was convenor of the Concerned Citizens Tribunal – Crimes Against Humanity, Gujarat 2002, headed by Justices V.R. Krishna Iyer, P.B. Sawant and Hosbet Suresh. She is secretary of Citizens for Justice and Peace (CJP), a civil rights group set up by her and other concerned citizens of Mumbai in April 2002. 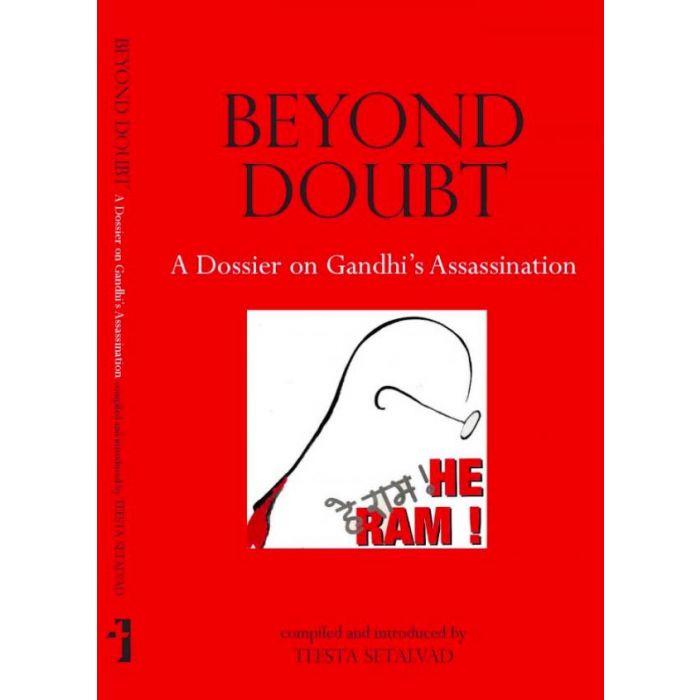 "The parts in which it is at its most impressive are the places where the lucidity of literature trumps the monotony of journalism. For instance, the essay ‘The Last Hours of the Mahatma’ by Stephen Murphy, where it is indicated that the Mahatma had a foreboding on that Friday morning that he won’t live for long. Or the compassionate editorials published by Pakistani newspapers which paid poignant tributes to the Mahatma, which prove that his ideas did have their admirers in India’s conjoined twin toward the west in its initial days. One of them that appeared in Pakistan Times compared his killing to the crucifixion of Christ. Another one, by poet Faiz Ahmad Faiz, calling Gandhiji 'a symbol of hope and courage' to Muslims, said his death was a loss to both countries. . . . The kind of admiration the Mahatma invokes in different sections of not just our society but also that of other nations, in contrast to the revulsion his antitheses provoke, proves that moderation triumphs over vituperation in the long run." The Hindu