How Are You Veg?

'My stories are born out of the oppression, discrimination, happiness, sorrow, insults, oppositions and experiences woven by the society around me. In the crevices...are the problems of generations of my untouchable mothers, sisters and the children'.

Translated for the first time into English, Joopaka Subhadra's stories expose the lives of Madiga women, the most oppressed among Dalits in Telangana. As she declares that she has drawn these from lived experiences, the reader in turn witnesses the cruelties in the lives of Dakkalis, who are wandering bards, disturbance in the old feudal hierarchies with the arrival of educated Dalit youth, lack of compassion in society for women with disabilities, and the absence of accountability in government institutions, society, and the state. The stories reveal the subtle discrimination practiced despite education and employment and those on the politics of food are particularly intriguing.

Alladi Uma and M Sridhar teach English at the University of Hyderabad and have been doing collaborative work in translation. Their translations as well as articles on the subject have appeared in many journals. They won the Jyeshtha Literary Award and Katha Commendation Prize for their translations. They are known for their sensitive translations and are now involved with the Alladi Memorial Trust that works with the education, health, and legal needs of the underprivileged.

Joopaka Subhadra is an activist and Telugu writer who has published collections of poetry as well as of short stories and essays, introducing Dalit women’s concerns that have had a major impact on Telugu literature. She is Additional Secretary, Government of Telangana.

DALIT STUDIES | FICTION |
Skip to the end of the images gallery 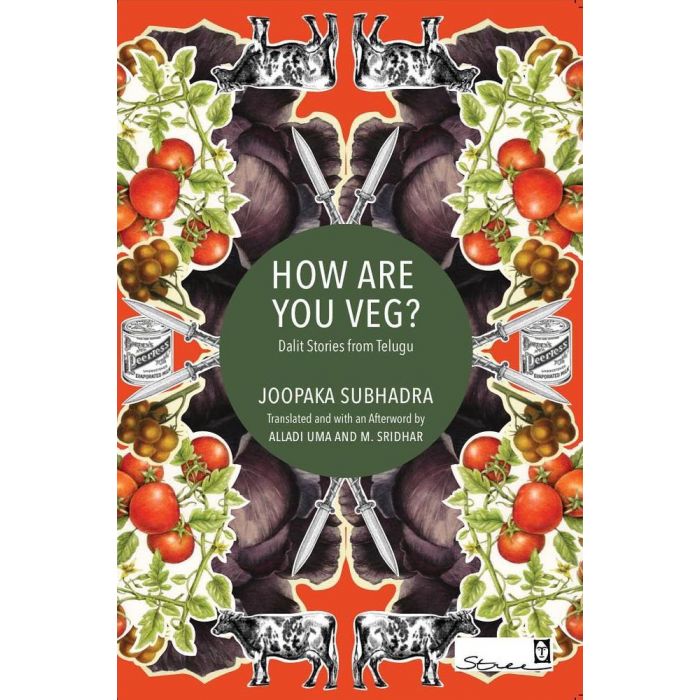