"The Salt Doll is an iconic book of its time which we loved, brings back nostalgia in a big way. I applaud its gallop through whimsy, through the lush Kerala landscape and the intricate weave of its social fabric. A must read for those who love Indian literature and Kerala.” - Keki N. Daruwalla
INR 350.00
In stock
SKU
LWB438

Mira Cheriyan is both actor and witness in The Salt Doll. When she is part of the action, she is the salt doll which dissolves in the sea and loses identity. This, according to Mira, is the feminine way of experiencing. When she witnesses and reports, she is like quicksilver; she touches everything while remaining untouched. Alternating between these two modes, Mira tells a dazzling, savage, sophisticated tale.

Mira’s life with Nanjundan is presented in vivid segments. The scenes, rich and powerful in themselves, are part of the central theme of separation of husband from wife, parent from child, one race from the next. It is a theme, at once violent and instinctual, and Daniels Ramanujan has a found a style richly adequate to its telling. In its rapid kaleidoscope of characters and scenes, its prodigality of language, and above all, in its energy and compassion, The Salt Doll presents readers with a Whitmanesque celebration of life.

Molly Daniels Ramanujan is the author of Yellow Fish, translated into Kannada by her husband, A.K. Ramanujan, and published as Haladi Meenu.he has also written A City of Children and Other Stories, two books of criticism, and a creative writing manual, in addition to editing eight books of poetry and prose. Her writings appeared in Chicago Review, The Carleton Miscellany, Experiments in Prose, Journal of Literary Studies and Primavera II. An excerpt from The Salt Doll in Tri-Quarterly won her the Illinois Arts Council Award for fiction. She was also the recipient of the PEN Syndicated Fiction Award. An inspiring teacher, Daniels Ramanujan taught fiction and poetry writing in the Continuing Education Program at the University of Chicago and founded her own school, The Clothesline School of Writing in Chicago, mentoring 3,000 writers between 1979 and 1999. She passed away in 2015.
FICTION |
Skip to the end of the images gallery 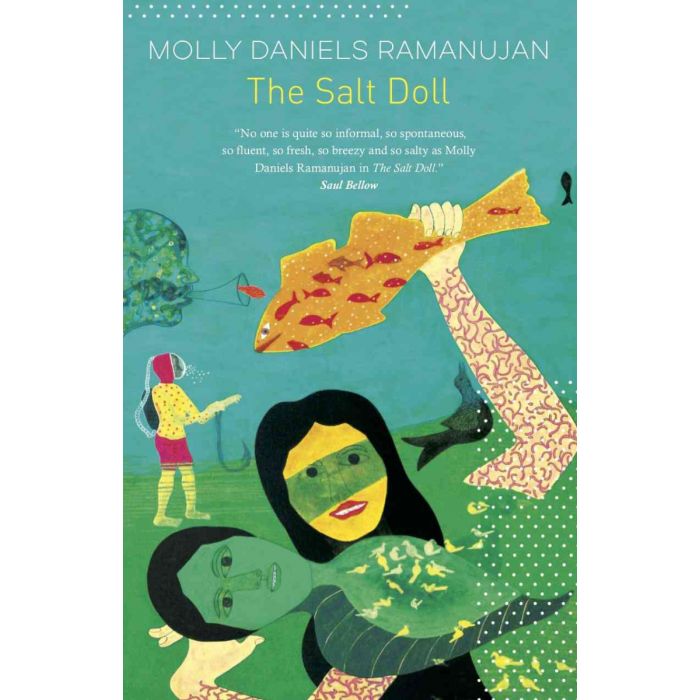