Things We Found During the Autopsy

Things We Found During the Autopsy is South Indian writer Kuzhali Manickavel's second collection of short fiction, in which she presents a dizzying array of apocalyptic visions and fractured childhood memories.

Kuzhali ManickavelÂ is an Indian writer who writes in English. She was born inÂ Winnipeg, Canada and moved to India when she was thirteen. She currently lives inÂ Chidambaram,Â Tamil Nadu. Her first book,Â Insects Are Just Like You And Me Except Some Of Them Have WingsÂ was published byÂ Blaft PublicationsÂ in 2008.Â The GuardianÂ named the book as one of the best independently published ebooks in theÂ weird fictionÂ genre, calling it "just very, very beautiful."[1]Â Manickavel's short stories have also appeared in print magazines likeShimmer Magazine,Â Versal literary journal,Â AGNI,Â PANK,Â FRiGGÂ andÂ Tehelka, and in anthologies such asÂ Best American Fantasy 3Â andÂ Breaking the Bow: Speculative Fiction Inspired by the Ramayana.
CASTE |
Skip to the end of the images gallery 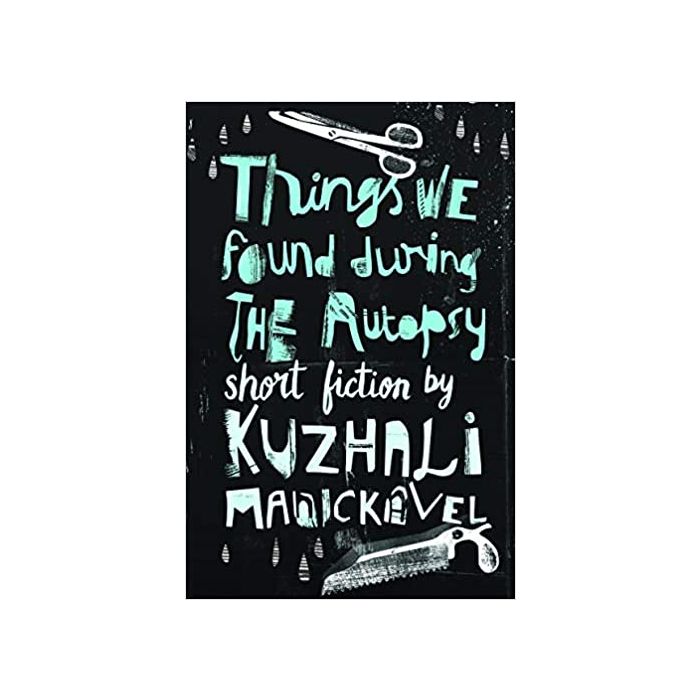