INR 400.00
Out of stock
SKU
pro_1466
This collection of essays carries forward the debates that emerged at a seminar on 'Enculturing Law' held at Bangalore in August 2005, organized by the Centre for the Study of Culture and Society in collaboration with the National Law School of India University and the Alternative Law Forum. The seminar sought to address questions related to interdisciplinary pedagogy in the study of Indian law, arguing in favour of a different approach to legal studies by foregrounding the significance of law as a part of liberal education. The twelve essays included in this volume (of which all but one were presented at the seminar) are concerned with two broad themes: the pedagogy of law; and sites of interdisciplinarity that view law as a broader, social-legal phenomenon. The essays that deal with the first theme contextualize legal education in India over the last fifty-odd years by charting some of the important debates in the field and explaining the emphasis on the positivist method. Essays on the second theme view the 'performance of law' from perspectives such as those of feminist legal study, historical study, human rights study and cultural analysis.

Mathew John is currently a doctoral candidate at the London School of Economics and Political Science and has worked with the law and culture programme at the Centre for the Study of Culture and Society (CSCS), Bangalore.

Sitharamam Kakarala is Director, Centre for the Study of Culture and Society (CSCS), Bangalore, and has been involved in a range of pedagogic and research activity at the intersection of law, society and culture.

EDUCATION | LAW |
Skip to the end of the images gallery 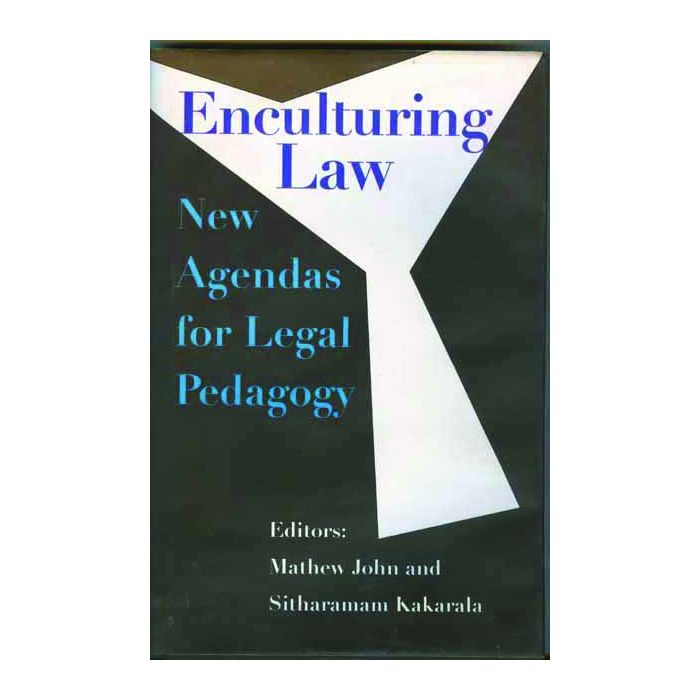