What was Built and What Failed in the Soviet Union

Prof. Randhir Singh s Crisis of Socialism Notes in Defence of a Commitment, dealing with the why and how of the collapse of Soviet Union s actually existing socialism , its implications and the question of socialism in our time and recognised as a pioneering work One of the most important, if not the most important book we have read , a key to all that is going on in our world today , if there were a required reading list for the U.S. left, this should be on it , and so on is now being published in six separate volumes.
This volume deals with the failed revolutionary experiment in the Soviet Union. The overriding concern is that in the absence of a Marxist explanation of what has happened in the erstwhile Soviet Union, it is socialism s enemies explanation socialism has failed , Marxism is dead , etc. which will continue to prevail.
It is argued that instead of socialism being attempted on a base provided by the productive achievements of capitalism as visualized in Marx s main theory on the subject a single backward country was called upon to attempt it, and do so in the midst of a most hostile globally dominant capitalism which did not allow the Soviet Union a single day of peace during its seventy odd years of existence. Lenin recognised the predicament and, possibly, had the potential to make a creative Marxist response to this unanticipated situation. Struggle and struggle alone decides, how far we shall advance , he had insisted. But the struggle, especially after Lenin s early departure, was not adequate enough. Logic of backwardness, compulsions of sheer survival, scientistic Marxism and economism in theory ( theory of production forces ), flaws in the character of men who led all taking their toll, what got built was a grievously deformed socialism which, over time, degenerated into a sui generis exploitative system, that ultimately collapsed. As the author puts it: Despite its undoubted achievements, the system ultimately failed. But it is the Soviet System , and not socialism, that failed in the Soviet Union.
The themes discussed include the initial impact of the collapse, history s trick on the doctrine of Karl Marx, the October Revolution, Lenin s project of socialist transition in Russia, the damaged beginnings, Lenin s last struggle to save the revolutionary project, the debate over the nature of the Soviet system, the issues of planning and the market, the role of individuals, etc. The volume concludes with a critical assessment of Gorbachev Years with its policies of perestroika and glasnost. 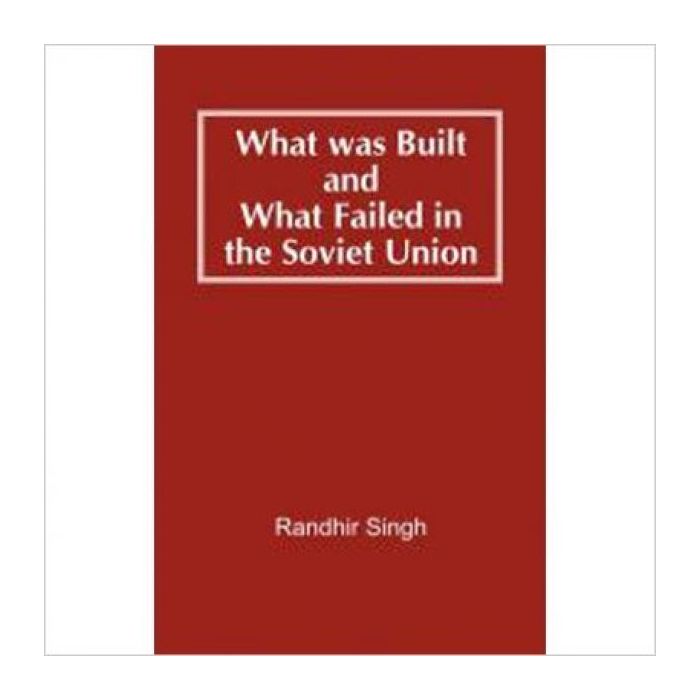