Explorations in the Evolution of British Imperial Policy in India

Vina Mazumdar revisits the questions crucial to understanding the intellectual history of colonial India. She analyses the many dimensions of colonial policy, the intentions and motivations of the men on the ground and in charge, the debates around policy making, the significance of the options involved and choices made, the context of colonialism and anti-colonialism as it impinged on policy making and its reception by different sections of Indians, and the social and political implications of specific imperial policies.

In the process she explores the efforts of Indians to evolve and create ideas and institutions geared to Indian needs and aspirations, providing meticulous documentation of conflict and assertion in the areas of education, gender, culture and political claims.

Vina Mazumdar (28 March 1927 - 30 May 2013) studied at Calcutta University and at Oxford University. She taught Political Science at the University of Patna and Berhampur University, and had been a fellow at the Indian Institute of Advanced Study, Shimla. She was the founder-Director of the Centre for Women's Development Studies (CWDS) in 1980, New Delhi, a position she held till 1991.

She was a women's activist and a recorder and chronicler of the Indian Women's Movement, and came to be called "the grandmother of women's studies in South Asia". 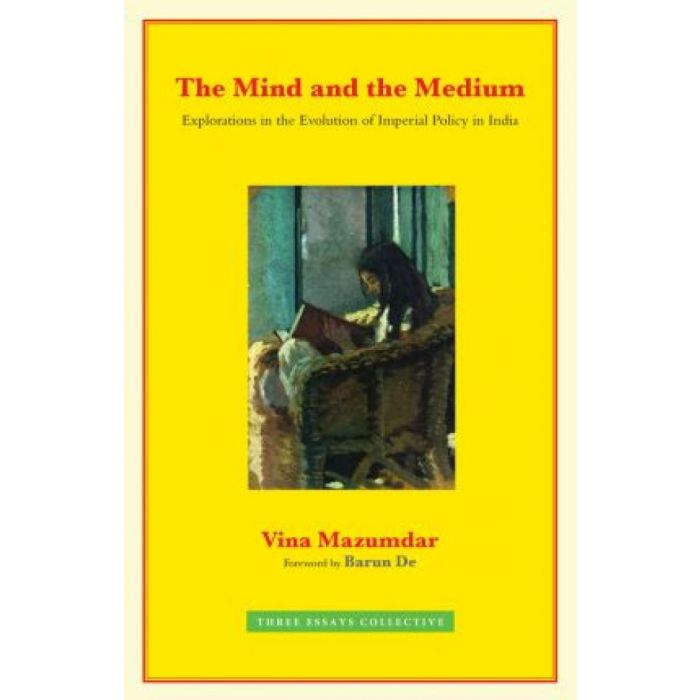