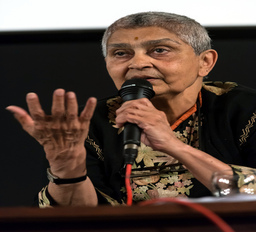 Tanika Sarkar is a historian of modern India and author of Bengal 1928-1934: The Politics of Protest and Hindu Wife, Hindu Nation: Community, Religion, Cultural Nationalism. She has also co-edited

Jan Breman has conducted anthropological fieldwork in Gujarat between 1962 and 2015. His empirical research, focused on the bottom segments of the rural and urban workforce, discusses the changing

Arjun Sidharth is a writer with Alt News. He has previously worked in the television news industry.

Muhammad Umar Memon is emeritus professor of Urdu, Persian and Islamic Studies at the University of Wisconsin–Madison. His collection of short stories, Tareek Galee, appeared in 1989. He has