As a student, Daniel Thorner did not set out to become a specialist on India; nor did he consider himself an economist. Yet, paradoxically, this is how he is remembered in India. His intellectual career, which began as that of a historian, followed a logical and ever-widening path that led him from studying British economic and social relations with India, to researching the agrarian structure and economic development of India. Indeed, most of his publications in the 1950s and 60s could be so interpreted as to place him in the category of ‘Indian economists’.
INR 0.00
Out of stock
SKU
LWB407
The ten lectures in memory of Daniel Thorner comprising this volume, were delivered in various cities in India over a period of sixteen years, from 1985 to 2001. Instituted after his death in 1974, and sponsored by the Indian Statistical Institute, this continuing lecture series reflects the breadth of Thorner’s own range of interests: from themes in the social sciences to issues in the fields of public policy and human rights. Besides an introductory essay by Utsa Patnaik, the volume also includes a hitherto unpublished paper by Daniel Thorner, written in his student days.

Alice Thorner (1917-2005) was an American-born social scientist and statistician. 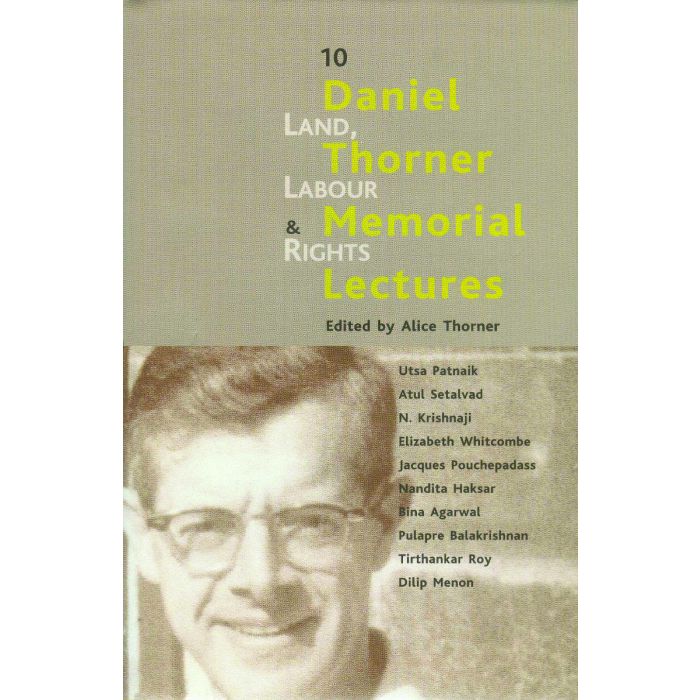