In the Name of the Nation

India and its Northeast

The directional name Northeast India, and its derivative Northeasterner, are postcolonial coinages. The region’s modern history is shaped by the dynamics of a “frontier” in its multiple references: migration and settlement, resource extraction, and regional geopolitics. Partly as a result of this, the political trajectory of the region has been different from the rest of the country. Ethnic militias and armed groups have flourished for decades, but they coexist comfortably with functioning electoral institutions. The region has some of India’s highest voter turnout rates, but special security laws produce significant democracy deficits that are now almost as old as the Republic. Sanjib Baruah offers a nuanced account of this impossibly complicated story, asking how democracy can be sustained, and deepened, in these conditions. Sanjib Baruah is Professor of Political Studies at Bard College, New York. His previous books include India Against Itself (1999) and Durable Disorder (2005).

Sanjib Baruah is Professor of Political Studies at Bard College, New York. His previous books include India Against Itself (1999) and Durable Disorder (2005).

‘This is a rare gem of a book’—Indian Express

‘This is essential reading for anyone concerned with the quality of sovereignty in India’—David Ludden, New York University

‘Baruah’s simultaneous ‘insider–outsider’ analysis of the region is rich, nuanced, and multilayered’—Urvashi Butalia, author of The Other Side of Silence: Voices from the Partition of India

'This book unravels the paradoxes of postcolonial life in the periphery of the nation-state with theoretical elegance, intimate knowledge, and political commitment'—Bengt G. Karlsson, Stockholm University

‘Condenses a lifetime of deep intellectual and scholarly engagement with the Northeast into an erudite and insightful analysis’—Sankaran Krishna,

Sanjib Baruah is professor of political studies at Bard College, New York and honorary research professor at the Centre for Policy Research, New Delhi. He has been a global fellow at the Peace Research Institute in Oslo (Norway) and distinguished visiting honorary professor at the Omeo Kumar Das Institute of Social Change and Development in Guwahati. His previous books include India against Itself: Assam and the Politics of Nationality (1999), Durable Disorder: Understanding the Politics of Northeast India (2005) and the edited volumes Beyond Counterinsurgency: Breaking the Impasse in Northeast India (2009) and Ethnonationalism in India: A Reader (2010).
HISTORY |
Skip to the end of the images gallery 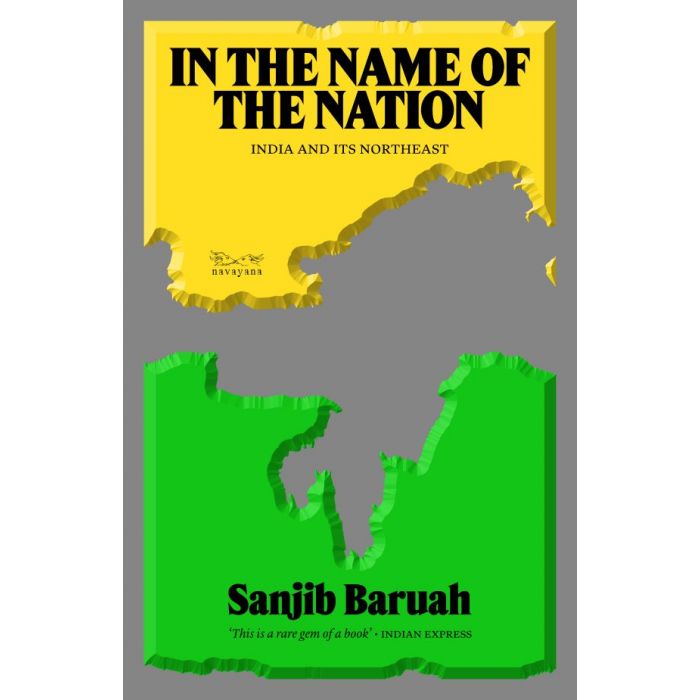