The Holy Family or Critique of Critical Criticism

INR 100.00
In stock
SKU
LWB1033
The Holy Family, or Critique of Critical Criticism. Against Bruno Bauer and Co. is the first joint work of Karl Marx and Frederick Engels. At the end of August 1844 Marx and Engles met in Paris and their meeting was the beginning of their joint creative work in all fields of theoretical and practical revolutionary activity. By this time Marx and Engels had completed the transiotion from indealism to materialism and from revolutionary democratism to communism.The polemic The Holy Family was written in Paris in autumn 1844. It reflects the progress in the formation of Marx,s and Engles,s revolutionary materialistic world outlook. 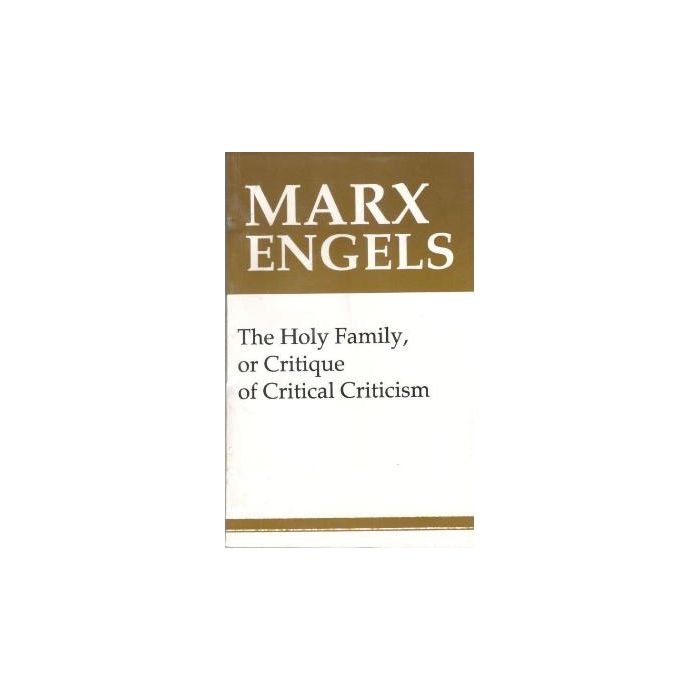