Ambedkar and Other Immortals

With Ambedkar and Other Immortals, Soumyabrata Choudhury produces urgent interpretive realignments which provoke in us the capacity to receive a new, vital wound of thinking: the wound of Ambedkar-thought. Like Althusser marked a philosophical return to Marx, and Lacan to Freud, Choudhury ‘returns’ to Ambedkar guided by Alain Badiou’s philosophical system.

Ambedkar, the activist and politician, is upheld as a thinker with supreme fidelity to the “norm of equality”, a figure in a long line of immortals from Pericles and Abbé Sieyès to Toussaint L’Ouverture. This wager on equality is undeterred by its absence on the ground. Recognising the universal logic of subjugation then opens up the space for a universal articulation for emancipation.

Soumyabrata Choudhury is Associate Professor at the School of Arts and Aesthetics, Jawaharlal Nehru University. He has authored Theatre, Number, Event: Three Studies on the Relationship between Sovereignty, Power and Truth, and articles on ancient Greek liturgy, the staging of Ibsen, psychoanalysis, Nietzsche, Schiller and Hegel. 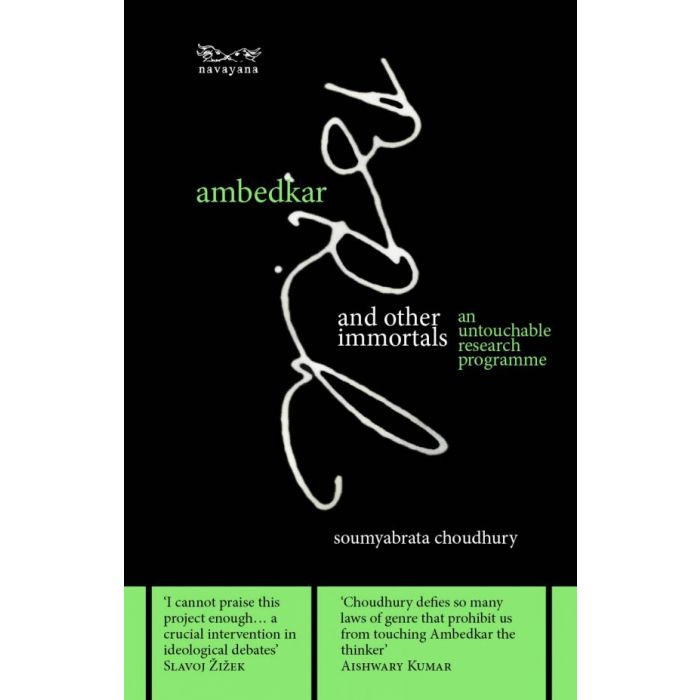