In Defense of History

Marxism And the Postmodern Agenda

The world is increasingly populated not by cheerful robots but by some very angry human beings. As things stand, there are very few intellectual resources available to understand that anger, and hardly any political ones (at least on the left) to organize it. Today's postmodernism, for all its apparently defeatist pessimism, is still rooted in the 'Golden Age of Capitalism'. It's time to leave that legacy behind and face today's realities.

MARXIST THEORY | SOCIOLOGY |
Skip to the end of the images gallery 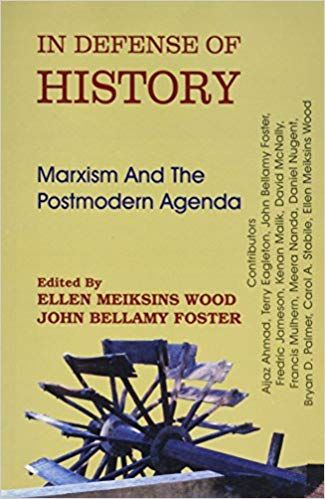 A hard-hitting critique . . . Brings together fine essays that speak directly to the underlying assumptions of postmodernism and offer a stunning critique of its usefulness in both understanding and critiquing the current historical epoch.