History, Scholarship and the Anti-Stalin Paradigm

On December 1, 1934 Leningrad Party leader Sergei M. Kirov was murdered. Investigation of this crime soon led to the three public Moscow "Show" Trials, to the "Tukhachevsky Affair" trial of eight top Army commanders; and then to the "Ezhovshchina" or "Great Terror". Was Leonid Nikolaev, Kirov's killer, a lone gunman acting from personal motives whose crime Stalin then "used" to frame and execute real or imagined enemies? Or was Nikolaev's arrest the key event that led to the uncovering "the great conspiracy against Soviet Russia"? Grover Furr has studied all the available evidence, most of it from formerly-secret Soviet archives. He offers complete and original translations of key historical documents and detailed analysis of their significance in an important synthesis that effectively reconsiders one of the pivotal events of Soviet history. Furr also examines in detail the three latest studies of the Kirov murder — by Alla Kirilina, Åsmund Egge, and Matthew Lenoe. His discovery: all the "authoritative" studies of the Kirov murder are hopelessly wrong. Written with the same meticulous attention to detail as his 2011 work Khrushchev Lied, Furr's book The Murder of Sergei Kirov: History, Scholarship and the Anti-Stalin Paradigm is a bold rejoinder to decades of omission, distortion and misinformation by Soviet, Russian, and Western historians. This book is published by Aakar Books. 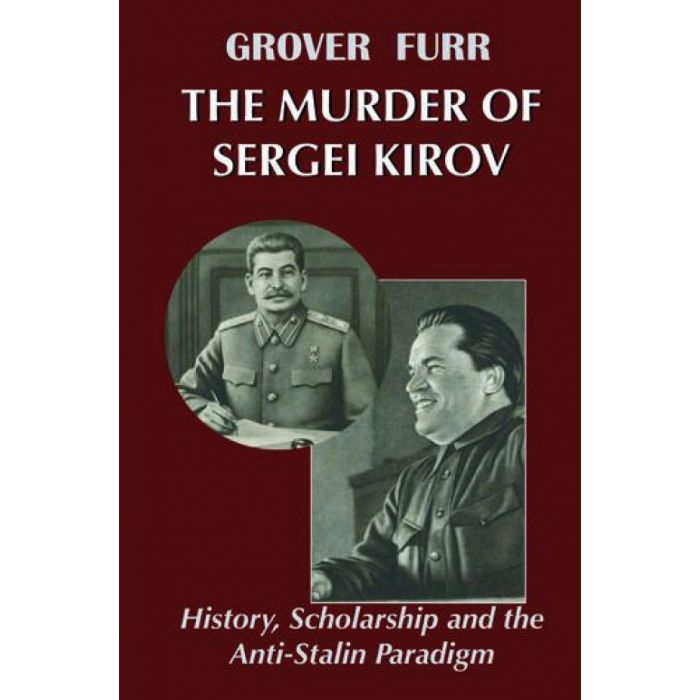