INR 399.00
In stock
SKU
LWB956
One of the greatest raconteurs of 20th century, Saadat Hasan Manto declares that he was forced to write when his wife routinely demanded that he put bread on the table for the family. He doesn't attribute any genius to his skills as a writer and convinces his readers that the stories flowed even as he minded his daughters or tossed a salad. Equally, Manto treats his tryst with Bollywood with disdain and unmasks the cardboard lives of tinsel town when a horse is painted to double up for a zebra or multiple fans rotate to create a deluge. Two of Manto's favourite and recurring themes - women and Partition find special mention as he brings to focus the bizarre morality in the context of feminine beauty and the futile presence of religiosity in the creation of a nation he was to adopt later in life. For the first time ever, this unique collection of nonfiction writing from the subcontinent's greatest writer, translated by well known author and journalist, Aakar Patel showcases Saadat Hasan Manto's brilliance while dealing with life's most mundane things graveyards, bumming cigarettes, a film crew with motley characters from mythology and a sharp dissection of what ails the subcontinent even after 6 decades - Hindi or Urdu, vile politicians and the hopelessness of living under the shadow of fear.

Aakar Patel is a syndicated columnist who has edited English and Gujarati newspapers. His works include 'Why I Write', a translation of Saadat Hasan Manto’s Urdu non-fiction (Tranquebar, 2014), 'Our Hindu Rashtra: What It Is. How We Got Here', a study of majoritarianism in India and Pakistan (Westland, 2020) and 'Price of the Modi Years', a history of India after 2014 (Westland, 2021). He is Chair of Amnesty International India. 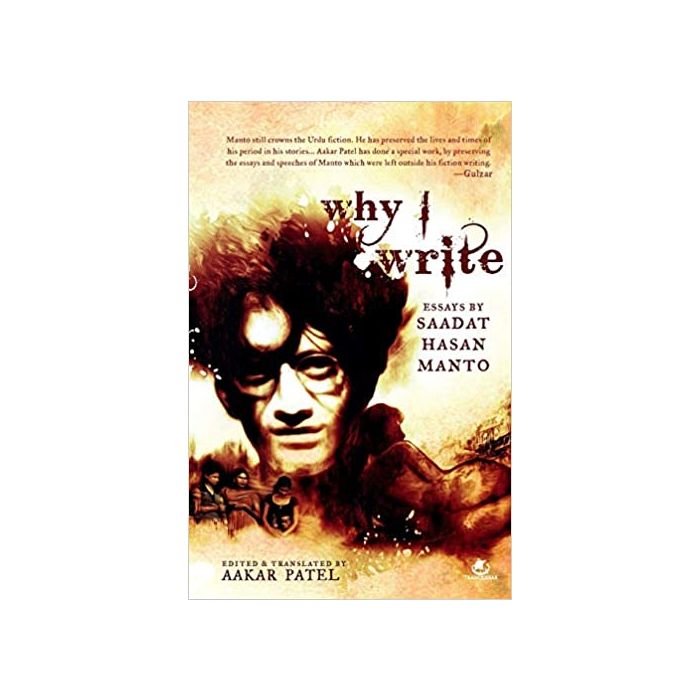