When Farmers Stood Up

How the Historic Kisan Struggle in India Unfolded

In the summer of 2020, the Narendra Modi government pushed through three anti-farmer, pro-corporate bills in parliament. This came after decades of cuts in subsidies and price supports to the farmers, leading to deaths by suicide of 400,000 debt-ridden farmers, a fourth of them since Modi became prime minister in 2014.

On 26 November 2020, farmers began a heroic protest that lasted through the pandemic, police repression, government callousness and attacks, and harsh weather. It was the largest peaceful mass mobilization of contemporary times on the planet. A week before the first anniversary of the protest, Modi surrendered.

The farmers’ revolt was guided by the Samyukta Kisan Morcha (SKM), a coalition of over 500 farmers’ organisations. Ashok Dhawale has been a leader of the kisan movement for three decades. As the current wave of struggles grew, he emerged as an important leader of SKM. He has not only helped shape the struggle, but he has also documented it meticulously, both its advances and its limitations, with unique insights that only close proximity can provide.

This book is the culmination of his documentation. Ashok Dhawale writes with honesty and humanity, and his account is as moving as it is inspiring.

Ashok Dhawale is President of the All India Kisan Sabha. A medical doctor by training, he began activism as a student. He was drawn into the Kisan movement by the legendary Godavari Parulekar. He is a member of the Polit Bureau of the Communist Party of India (Marxist).

POLITICS | AGRARIAN STUDIES |
Skip to the end of the images gallery 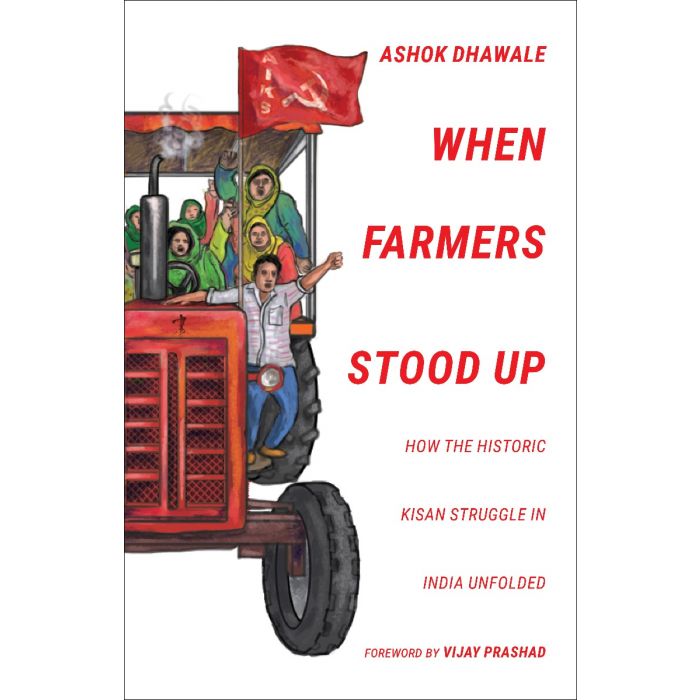