INR 595.00
In stock
SKU
LWB1081
Written from the perspective of Shaheed-e-Azam Bhagat Singh, the roles of the country's three most popular icons, namely, Mahatma Gandhi, Pt. Jawaharlal Nehru and Bhagat Singh in the freedom struggle, have been rigorously appraised in the book. A few myths relating to them have been demolished. Bhagat Singh was a true Marxist, Has been shown as per the Touchstone given by V.I. Lenin. The book reveals the Congress Party led by Mahatma Gandhi and Pt. Jawaharlal Nehru, had not only successfully thwarted Bhagat Singh and his Party's efforts to win India's independence, through the Socialist Revolution, but had shed false tears on the martyrdom of Bhagat Singh, Raj Guru and Sukhdev. The Karachi Congress Revolution, paying tributes to the three martyrs, was called a 'mistake' by Mahatma Gandhi through another Resolution also drafted by Mahatmaji and passed at the Bombay Congress meeting held on August 6, 1931. Half-hearted efforts by Mahatma Gandhi, to save the precious lives of the three martyrs, from the gallows, have been exposed in the book. Pt. Jawaharlal Nehru's years of Prime Ministership including his inconsequential Five Years Plans have been exmined through the quizzing glasses of Bhagat Singh. The book will provide inspiration to the young and old to act and work for the establishment of a socio-political system in India based on scientific socialism as envisaged by Bhagat Singh. This is, indeed, a unique book on Bhagat Singh.

Amar Kant Jttu was born on October 2, 1930 at Bathinda in Punjab. He had done his graduation of Laws and post-graduation in Economics from Lucknow University. He served as an official of the Information and Public Relations Department, Punjab Government for more than 31 years and retired as Joint Director, Press, from Punjab Bhawan, New Delhi in 1958.
HISTORY |
Skip to the end of the images gallery 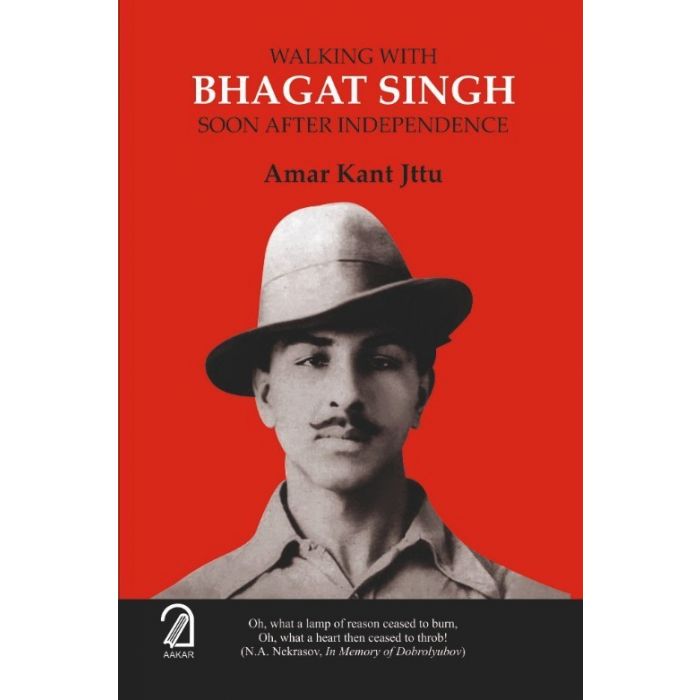