INR 399.00
In stock
SKU
LWB735
The Penguin History Of Early India From The Origins To AD 1300 is a book about the history of India, and talks in astonishing detail about the colorful history of this interesting country. Summary Of The Book The Penguin History Of Early India From The Origins To AD 1300 gives its readers an exhaustive idea about the history of India, from the time of its formation, through its gradual coalition, to its structure in AD 1300. The account is not a chronological narration of the events that took place to form India, but the narration of the story of India. Romila Thapar’s version of the history of India is composed of many stories of the different parts of India which gradually came together to form one great country. Romila Thapar’s The Penguin History Of Early India From The Origins To AD 1300 takes its readers on a journey. The journey begins from the prehistoric era of the Indus Valley Civilization and other such ancient civilizations. It continues through to the emergence of the great empires of the Mauryas, Cholas, and the Guptas. It also talks about the creation of the great epics of The Ramayana and The Mahabharata, and the lives of great scholars and saints who had a huge impact on the life of India and its people such as Gautam Buddha and King Ashoka. The narration of history ends with the year AD 1300, with the reign of Rajendra III, the last Chola King. The Penguin History Of Early India From The Origins To AD 1300 aims at showing the connections between the social, political, economic and religious aspects of each period. The focus is on tracing the continuities in the history of Early India. Diverse subjects such as religion, art, erotica, language, society are analyzed in conjunction with each other. This updated edition contains added research on the history of India based on new excavation data, new methods of interpretation of history and changes in academic understanding of the discipline. About Romila Thapar Romila Thapar is an acclaimed Indian historian. Her books include Ancient Indian Social History: Some Interpretations, Asoka And The Decline Of The Mauryas, Somanatha: The Many Voices of History, Somanatha: The Many Voices of History, and Dissent in the Early Indian Tradition. She graduated from Panjab University and received her doctorate degree from the School of Oriental and African Studies from the University of London. Her prime area of research is ancient Indian History. She has won many awards for her excellent work in the field of history. These include the Kluge Prize for the Study of Humanity in 2008 and numerous honorary doctorates from universities such as the University of Calcutta, University of Hyderabad, University of Oxford and University of Edinburgh. 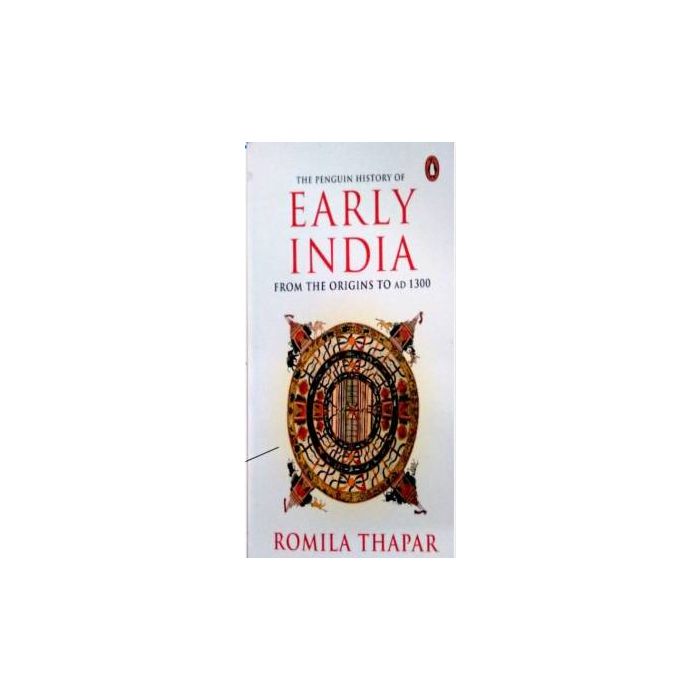