INR 0.00
In stock
SKU
LWB750
Saakshi uses the Puranas and Vedanta as well as Gandhian concepts to discuss the meaning of truth and its distortions through greed, sexuality and desire. Overcome by guilt at having committed perjury in court, in a murder trial, Parameshwarayya, a village elder, commits suicide. Yama, the god of death and righteousness, affords him the privilege of presenting his case himself. Thereafter, he commands Parameshwarayya to return to earth in spiritual form to witness, but not to intervene, in subsequent events. Parameshwarayya observes his daughter Savitri, son Ramakrishna, son-in-law Satyappa, the woman Lakkoo and the sensitive Dr Hasheem as they are confronted by difficult decisions and revelations, which cause them to look inward and attempt an appraisal of their lives and values. Bhyrappa’s portrayal of the greedy Nagappa, who grudges his only grandson the rice he eats, and the arrogant, selfish, and lustful Manjayya creates indelible impressions on the mind. This powerful novel questions what it means to be a witness—in a courtroom, before the gods, to the lives of others, or finally to one’s self. 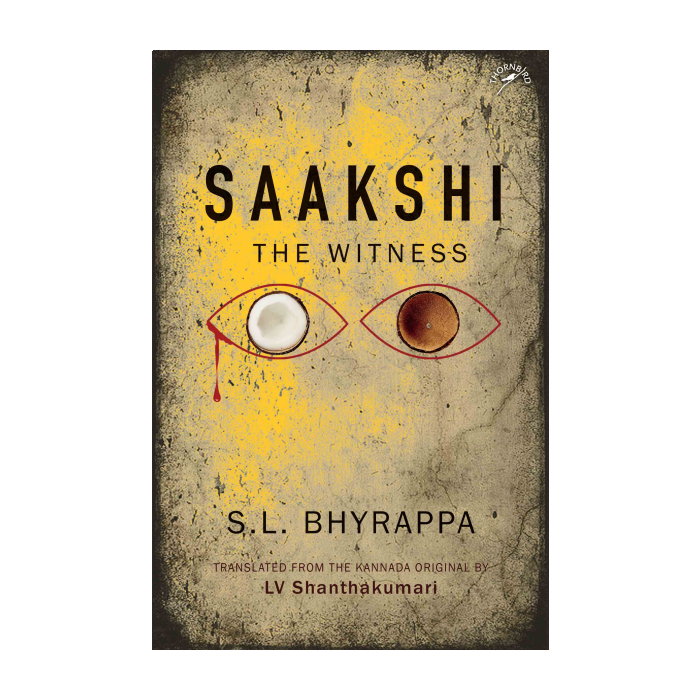