Perversion Pedagogy And The Comic

INR 0.00
In stock
SKU
LWB716
Perversion, Pedagogy and the Comic studies how the idea-of-theater shaped western consciousness during the Christian Middle Ages. It analyses developments within western philosophy, Christian theology and theater history to show how this idea realized itself primarily as a metaphor circulating through various discursive domains. Beginning with Plato’s injunction against tragedy the relation between philosophy and theater has been a complicated affair which this book traces at the threshold when the western world became Christian. By late antiquity as theatre was slowly banned, Christian theology put the idea-of-theatre to use in order to show what they understood to be the perverted nature of worldly existence and the mystery of the Kingdom of God. Interrogating the theological teachings of some of the early Church Fathers like St Augustine, Tertullian and Clement of Alexandria the book offers a new look at how the idea of theater not only inspired Christian liturgical practices but Christian pedagogy in general which in turn shaped the nature of Christian religious drama. Finally the author tries to demonstrate how this hegemonic use of the theatre-idea was countered by a certain comic sensibility which opened the idea of theatre in the Christian Middle Ages to a new and subversive materialist possibility.

Soumick De is currently a post doctoral fellow at Indian Council of Social Science Research (ICSSR), India where he is working on the concept of the tragic and its relevance in the political imagination of modernity. His previous contributions include “Translating the Greeks: the divine faithlessness of Hölderlin” published in the international journal Kritike, 2019
RELIGION | PERFORMANCE & THEATRE |
Skip to the end of the images gallery 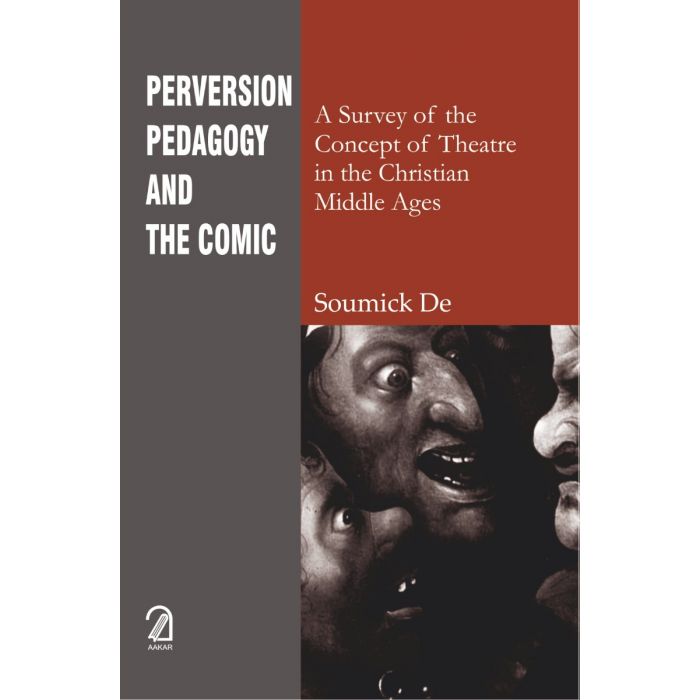