Five Centuries of the Pillage of a Continent

INR 500.00
In stock
SKU
pro_104
Erudite, angry, sweeping in its scope, Open Veins of Latin America is a powerful survey of a continent ’s under-development and the role of foreign capital and national politics in that process. Eduardo Galeano traces Latin America ’s exploitation and impoverishment through the history of its principal commodities. Over five centuries, he explores the minerals and crops which have made a rich region poor, while building the fortunes of US and European transnationals. From the gold and silver sought by the Spanish conquistadores to the oil and copper extracted by present-day foreign corporations, Galeano presents a disturbing and fascinating picture of economic injustice. Blending historical fact with poetic imagery, Open Veins of Latin America is both an impassioned critique of transnational exploitation and a tribute to the passions of a plundered and suffering people. Isabel Allende ’s inspiring Foreword to this classic text testifies to Eduardo Galeano ’s status as one of Latin America ’s foremost writers. This book is published by Three Essays Collective. 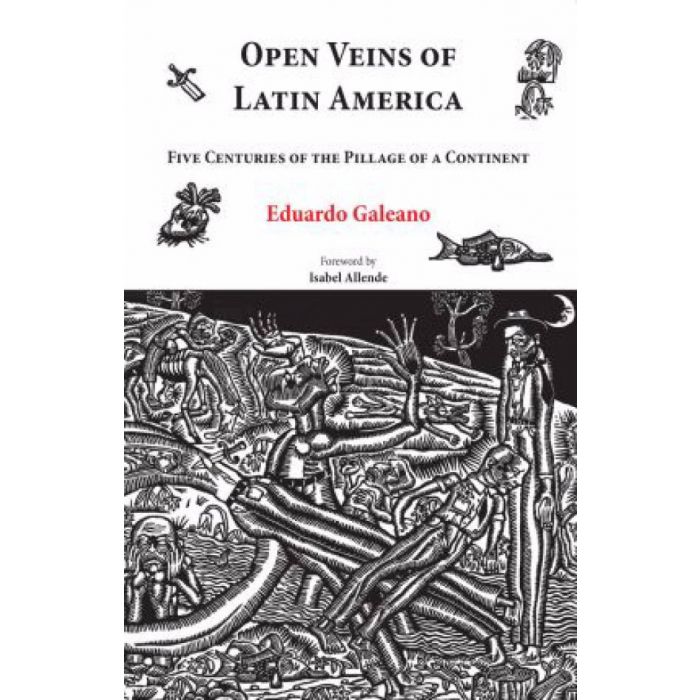