In 2005, India passed a law giving individuals the right to information on the State’s acts and decisions. Using this law, the authors in this edited volume applied for official records about four of the worst episodes of mass violence in independent India. These traumatic events had not previously been scrutinised using the recently-minted law on this scale. The authors filed over 800 applications for information; the results of their unusual endeavour led to this book.

Sifting through hundreds of government documents on criminal justice, administrative discipline, commissions of inquiry, emergency relief and monetary compensation, the authors examine the State’s response to sectarian violence in Nellie in 1983, Delhi in 1984, Bhagalpur in 1989 and Gujarat in 2002.

Hundreds of people, most of them religious minorities, were killed, injured, displaced from their homes, and stripped of their livelihoods in these episodes of mass violence. In each instance, violence was encouraged by the politically powerful and tolerated by the police.

This book examines official records and shows how State apathy in the wake of violence thwarted attempts to rehabilitate survivors and punish perpetrators. These failures are not simply an unfortunate coincidence. The State’s own records reveal that national and state governments have been negligent in recurring, systematic ways. By detailing how State processes have failed, this disquieting book demonstrates that the State could have pursued justice and reparation for victims of mass violence in the past, and could, in substantial measure, still do so.

POLITICS | SOCIOLOGY |
Skip to the end of the images gallery 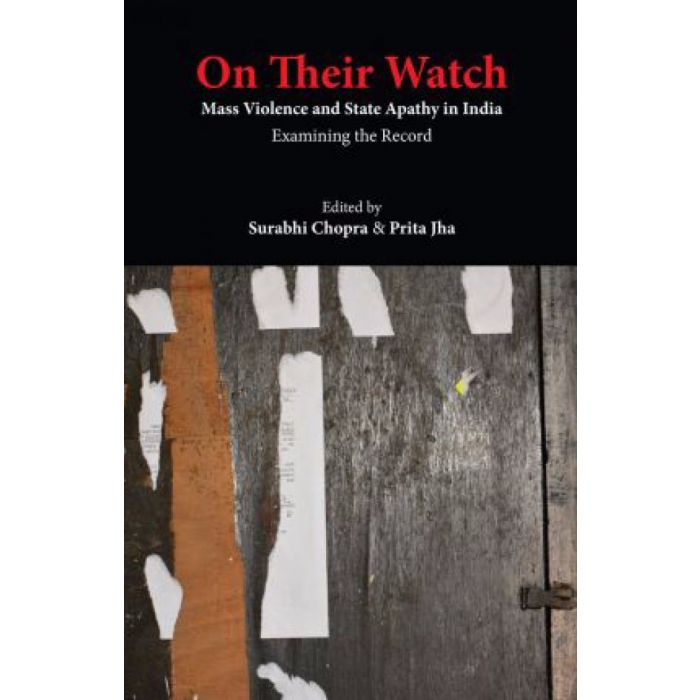