Listening to the Loom

Essays on Literature, Politics, and Violence

D.R. Nagaraj (1954–1998) has been widely recognized as among India’s most important thinkers in the broad area of cultural politics. Until now, his English writings have only been available in book form as The Flaming Feet and Other Essays (1993; 2nd revised edition, Permanent Black, 2010), a work centred on the Dalit movement in India.

Now, for the first time, a largely unknown and unavailable corpus of Nagaraj’s ideas and essays, amplifying and supplementing those in The Flaming Feet, are published in Listening to the Loom. This book provides Nagaraj’s most important writings on literature, politics, and violence. Some of the thirteen pieces here are translated from Kannada into English for the first time, while others long unavailable have been hunted out from scattered sources.

The title of this book, Listening to the Loom, derives from a story recounted by the novelist U.R. Ananthamurthy. Walking in Kathmandu with Nagaraj, once, his companion asked him to stop and listen to the sound of a weaver’s loom that only he had heard. Ananthamurthy recalls saying to Nagaraj that so long as he, Nagaraj, retained this ability to hear the sound of a loom, he would never become a ‘Non-Resident Indian’ intellectual. In the present volume, Nagaraj’s ear for the sound and sense of things quintessentially Indian is everywhere apparent.

Part I comprises essays on Kannada’s cultural experiences, Part II contains essays on politics and violence. All of them were mostly written between 1993 and 1998, the period when Nagaraj emerged as a mature thinker and produced some of his most important insights.

For anyone interested in vernacular cultures, subaltern histories, hinterland political discourses, metropolis-periphery relations, and D.R. Nagaraj’s distinctive insights into all these, the present book is essential. 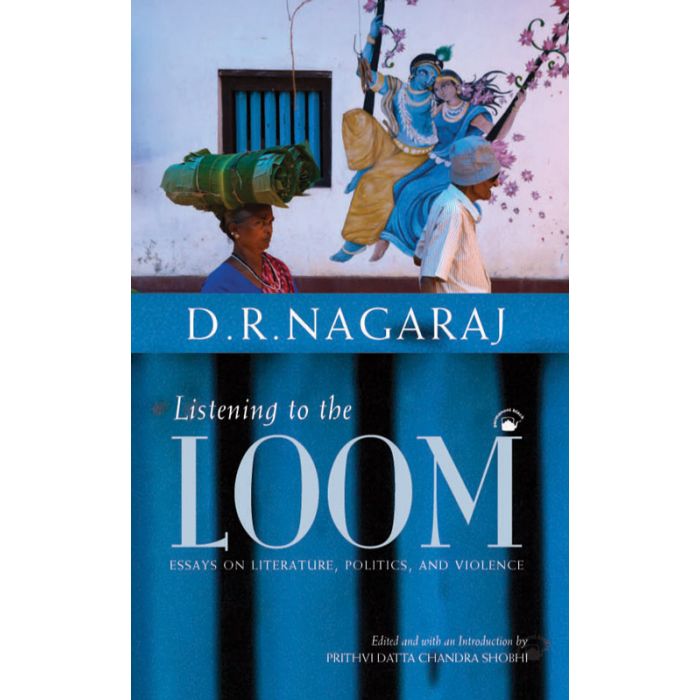