Howard Zinn has illuminated our history like no other US historian. This collection of his speeches on protest movements, racism, war, and US history, many never before published, covers more than four decades of his active engagement with the audiences he inspired with his humour, insight, and clarity.

Anthony Arnove (born 1969) is a journalist, editor, publisher and activist from Brooklyn, NY. He is the author of Iraq: The Logic of Withdrawal (2006) and editor of Iraq under Siege: The Deadly Impact of Sanctions and War (2000). He is on the editorial board of International Socialist Review and Haymarket Books. 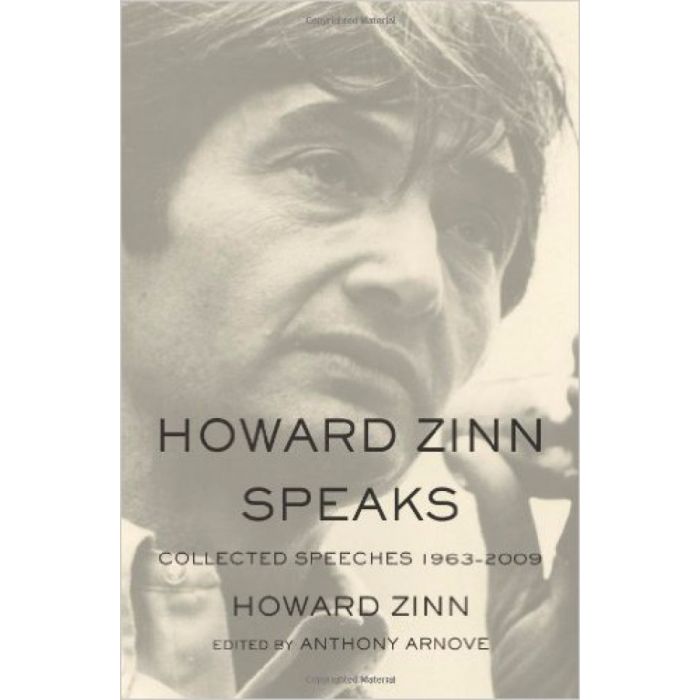 Reading Howard's spoken words, I feel that I am almost hearing his voice again – his stunning pitch-perfect ability to capture the moment and the concerns and needs of the audience, whoever they may be, always enlightening, often stirring, an amalgam of insight, critical history, wit, blended with charm and appeal.

With ferocious moral clarity and mischievous humor, Howard turned routine antiwar rallies into profound explorations of state violence and staid academic conferences into revival meetings for social change. Collected here for the first time, Howard's speeches – spanning an extraordinary life of passion and principle – come to us at the moment when we need them most: just as a global network of popular uprisings searches for what comes next. We could ask for no wiser a guide than Howard Zinn.

To hear [Howard] speak was like listening to music that you loved – lyrical, uplifting, honest. . . . I know he would love it for each of you to find your voice and to be heard. This book will provide you with some inspiration.