the changing contours of feminist organising in post-1990s india

INR 650.00
In stock
SKU
LWB660
The 1990s were a turning point for the Indian Women’s Movement (IWM). New challenges complicated old issues, affecting our analyses and our strategies for mobilising. Feminists were pushed into questioning the universal category of ‘woman’, by women from minority communities and marginalised castes or sexualities, or by those with disabilities. New forms of feminist activism emphasised both the specificities and commonalities of oppression that women in different locations experience, based on power and privilege; they called for reconceptualising family, marriage, community, caste, sexuality, labour and violence. Gaining Ground maps these new contours by taking up five critical interventions made by movements that grew out of the IWM but established distinct identities around their concerns. Muslim women came together around community identity; Dalit women highlighted gender and caste patriarchy; sex workers challenged prevalent definitions of work; queer politics critiqued heteronormative sexuality; and women with disabilities raised searching questions about what constitutes an ideal body. In the process, feminists and the women’s movement were called upon to acknowledge the gaps, tensions and differences in their struggles thus far, to incorporate these perspectives in their theory and practice, and to forge alliances across difference. Sadhna Arya offers a compelling and comprehensive account of the expanding horizons of feminist organising, and of the vitality of women’s movements in India in the 21st century.

Sadhna Arya offers a compelling and comprehensive account of the expanding horizons of feminist organising,and of the vitality of women's movements in india in the 21st century.
FEMINISM & GENDER STUDIES |
Skip to the end of the images gallery 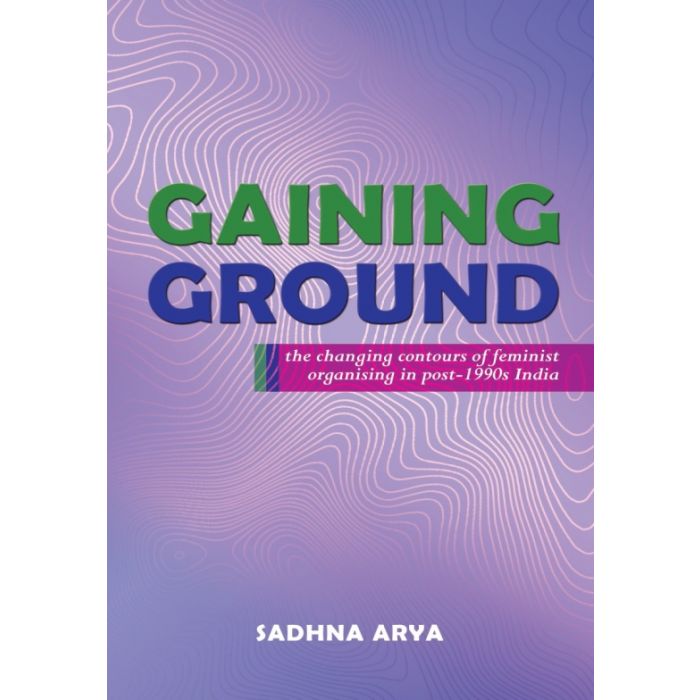