Social History of a Temple in Kerala

Several surprising facts about the Sabarimala temple have been drowned out by the noise over the need to protect its ‘ traditions ’. Some relate to the tradition regarding the entry of women, and others put a question mark over the very validity of any and all of its traditions. The author uses news reports, court judgments, and a variety of other sources to show that the controversy around women’s entry into the temple is of very recent origin.

The second part of the book, ‘ Before Sabarimala Became Sabarimala ’, discusses in detail the history of the temple, its deep connections to the local community and traces of Christian and Muslim influence, as well as how the Ayyappa legend was co-opted by Brahminical Hinduism, and later by right-wing Hindutva forces. As the book shows, not only does this create a communally charged atmosphere but, more importantly, it claims for Hinduism an essentially tribal cult.

‘ This book . . . provides a rich story. . . . A well-documented book such as this one will, hopefully, generate more informed debates in the tradition of Kerala ’s Renaissance.’ – Meera Velayudhan

Jitheesh P.M. holds an M.Phil degree in history from Sree Sankaracharya University of Sanskrit, Kalady, Kerala. He contributes to various Indian and foreign publications such as Frontline, The Hindu, The Caravan and Monthly Review. His writings have been translated into more than half a dozen Indian and foreign languages. 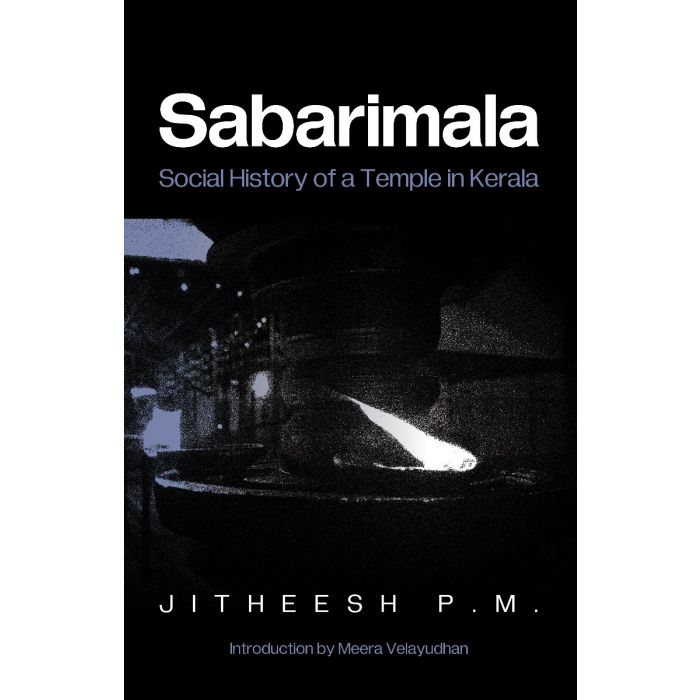