A History of Capitalism

This clear accessible book does just what its title promises… Writing in a pleasant and nonconfrontational style, Beaud does so using a chronological order without reverting to jargon, and he describes the intellectual as well as the material history of capitalist development … The book covers the most important elements of the subject and does a good job of pointing readers to additional sources… This reviewer knows of no comparable current work.

The conquest of the Americas inaugurated the slow accumulation of resources and the imperceptible structural transformations that culminated in the Industrial Revolution. From that moment on, capitalism grew and expanded with a dynamism and adaptability that are now all too familiar, profiting from wars and even managing to rebound after a series of devastating economic crises.

In this highly-anticipated updated edition, Beaud extends one of the major strengths of the original: the interweaving of social, political, and economic factors in the context of history. At the same time, Beaud’s analysis provides a realistic and thorough examination of the developments of capitalism in the last twenty years, including globalization, the accelerating speed of capital transfer, and the collapse of the Soviet empire and the subsequent absorption of its population into the world market. This new edition also offers a completely revised format that integrates diagrams and flow-charts not previously available in the English-language edition.

Beaud offers a synthesis of this history of capitalism over five centuries, showing how it has been “simultaneously economic and political and ideological; simultaneously national and multinational; simultaneously liberating and oppressive, destructive and creative.” Interweaving the history of key events, movements, and ideas with both theoretical modeling and carefully selected quantitative data, Beaud shows how capitalism grew and expanded, to whose benefit, and at whose expense.

Michel Beaud is the retired professor of economics at University of Paris VIII at Vincennes. He is author of several books, including Socialism Tested by History and The Mirage of Growth: The Political Economy of the Left.

CAPITALISM & GLOBALIZATION | HISTORY |
Skip to the end of the images gallery 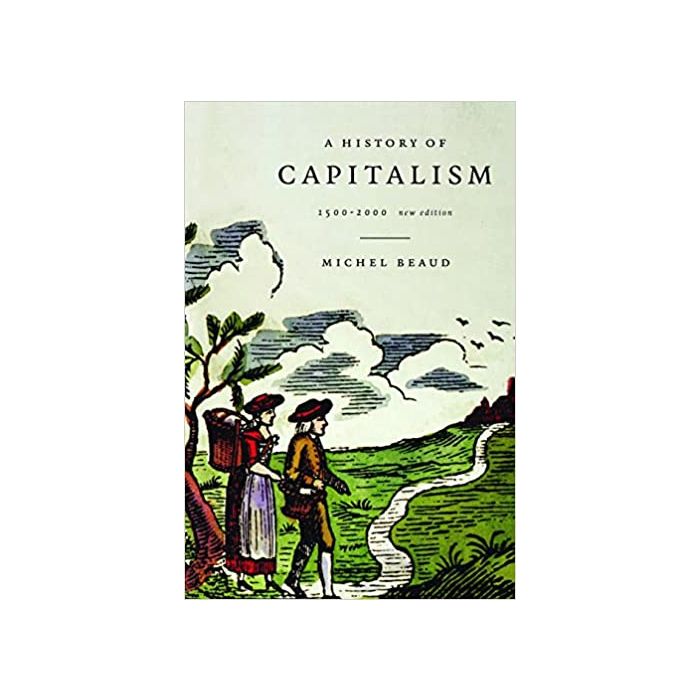