The 1921 Uprising in Malabar

A Collection of Communist Writings

In 1921, there was a peasant rebellion in Malabar in present-day Kerala. The British colonialists attempted to give it a communal colour, since most peasants were Muslim and the landlords Hindu. This narrative suited the landlords and served their interest. In our own times, forces of Hindutva have adopted the same communal narrative and are attempting to write the Malabar Rebellion of 1921 out of the history of the Freedom Struggle.

History, however, is the result of a complex interplay of several factors. The early communists and some secular nationalists understood the rebellion to have a class character, but which would be manifest — due to the land tenure system set in place in Malabar — with religious and caste characteristics. This volume collects six of the definitive Communist voices from 1921 to 2021 that challenge the attempt to communalise the Moplah Rebellion; instead, they offer fact-based, materialist analyses that foreground the class character of the agrarian revolt, the way in which class intersected with other social identities (of religion and caste) in the unfurling of the rebellion, and the national and international shape of the rebellion.

Together, these writings give the lie to the Hindutva narrative and assert the importance of rational, secular, and evidence-based history writing.

Nitheesh Narayanan is a researcher at Tricontinental: Institute for Social Research, a PhD scholar from JNU, and the editor of Student Struggle (the journal of Students’ Federation of India).

FREEDOM STRUGGLE | ESSAYS |
Skip to the end of the images gallery 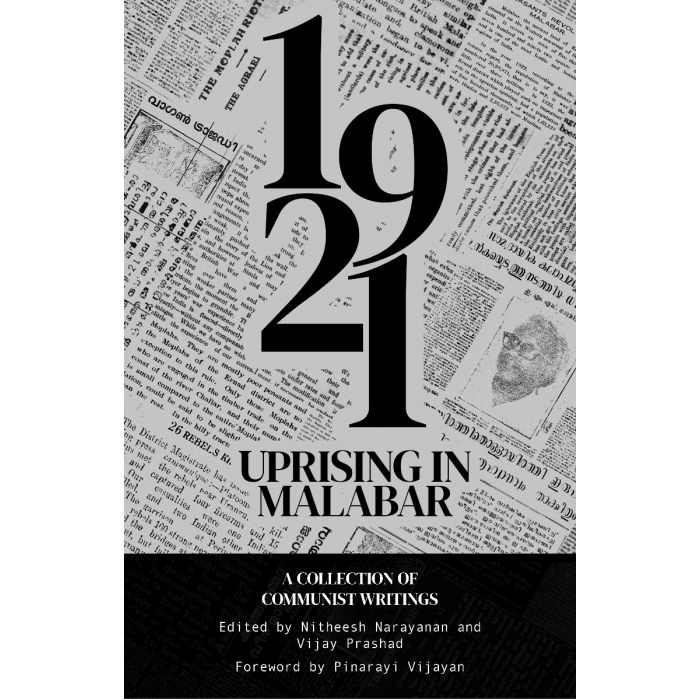