Nothing Will Be Forgotten

From Jamia to Shaheen Bagh

Recipient of the Muzaffar Ahmed Award, 2022. Read more about it here.

‘Nehal Ahmed’s book is a student participant’s passionate account of the protests against the Citizenship Amendment Act. The university resistance led by Jamia Millia Islamia and the great Shaheen Bagh sit-in, together created an inspiring moment in the fight against state-sponsored majoritarianism. It’s through first-hand accounts that historic moments of resistance become the stuff of history. Nehal’s brave and moving narrative is both a memorial to that struggle and a report on the state of this nation.’ – Mukul Kesavan, historian

On 15 December 2019, the police unleashed massive violence against the students of one of India’s premier universities, Jamia Millia Islamia, in New Delhi, for protesting against laws that discriminated against Indian Muslims. This attack led to one of independent India’s most striking and creative peaceful protests, with its epicentre in Shaheen Bagh. This book is an eyewitness account of the students’ protest, the ensuing state violence against them, and the citizens’ movement against the discriminatory laws. It is moving and raw, a snapshot of a moment in history, a courageous act of bearing witness.

Nehal Ahmed is a doctoral student at the Academy of International Studies, Jamia Millia Islamia, New Delhi. His research interests consist of Indian and world cinema, and migration studies. Nothing Will Be Forgotten is his first book. 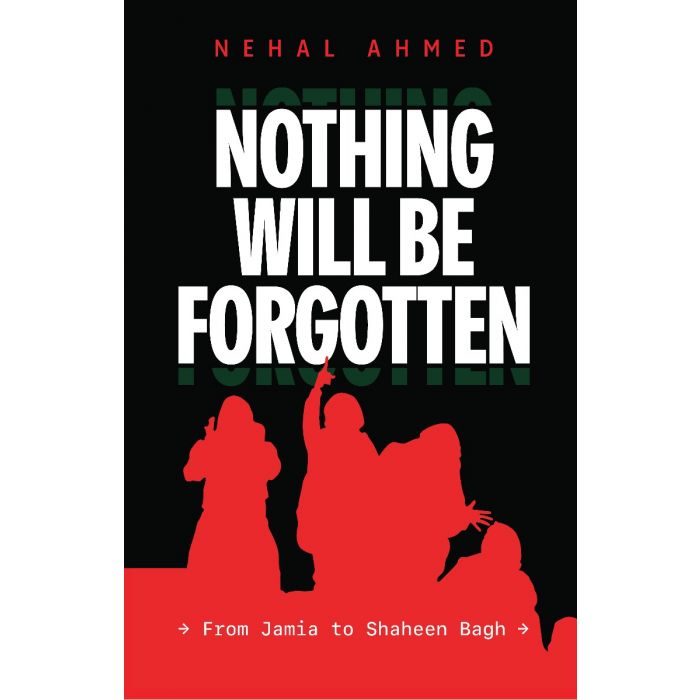