Sanjay Sahni was living an ‘araam zindagi’ in Delhi, working as an electrician, until a chance encounter with a computer sent him hurtling into the labyrinth that is the NREGA—one of the world’s largest rural poverty alleviation programmes—and the corruption within. It led him back to his village, where eventually, he and his comrades (primarily women from the Dalit and most backward castes) formed the anti-corruption group Manrega Watch. Their tale is one strand of village politics, a story of resilience among citizens, those outside the system.

But what of the ‘insiders’? The complex local-state unit of the village has at the top a mukhiya, who, like the one in Sanjay’s village, wields great power, even to do harm. Ward members—closest to their constituents and the most socially representative group in the panchayati raj system—are at the bottom of this structure.

Development economist M.R. Sharan brings these two interweaving strands of insiders and outsiders together to tell a tale of hope: that those on the margins can challenge entrenched hierarchies. Through government action—reservation, decentralisation, transparency measures—and through citizenly engagement, social movements and elections, change is possible, if not necessarily easy. Take the resourceful ward member, Kamal Manjhi, who repurposed the grievance redressal system to complain against the state: this was essentially a member of the local state, using a state mechanism to arm-twist another part of the state to do its job.

Last Among Equals eschews the usual sweeping narratives of national and state politics, reaching instead for the ‘swirling, vivid sub-narratives that escape easy categorisations’, the darkness of the material leavened with deep empathy. The result is a captivating, often searing narrative of how lives are lived in the villages of Bihar—and indeed in much of India.

M.R. SHARAN grew up in Manipal in Karnataka, then a quiet university town sandwiched between the hills and
the sea. He loves reading, cricket, writing, music and quantitative research on development in India, not
necessarily in that order. Sharan is currently a Ph.D student (starting Fall 2014) at the Harvard Kennedy School, having obtained degrees in Economics at the Delhi School of Economics and Hansraj College. He has worked on questions centred
around poverty and the MNREGS across three Indian states: Karnataka, Andhra Pradesh and Bihar. 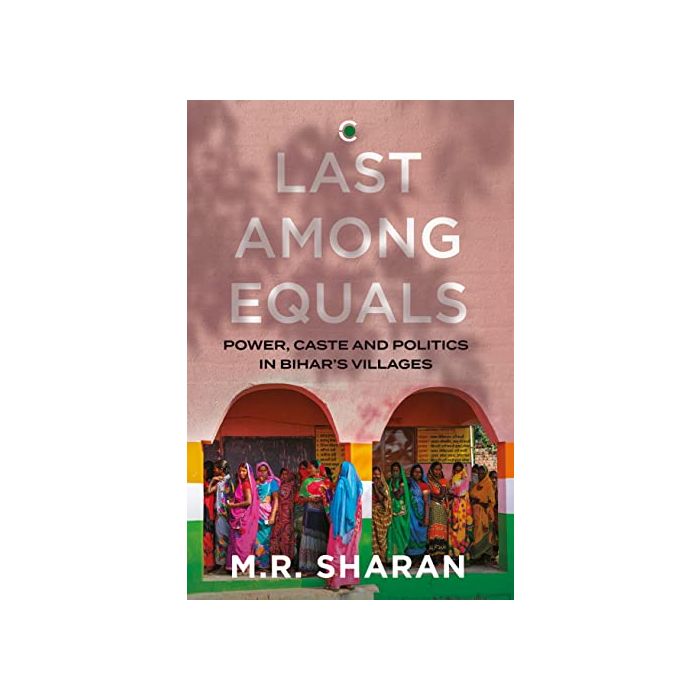