The Crisis of Centrism

The 58th annual volume of the Socialist Register takes up the challenge of exploring how the new polarizations relate to the contradictions that underlie them and how far 'centrist' politics can continue to contain them. Original essays examine the multiplication of antagonistic national, racial, generational, and other identities in the context of growing economic inequality, democratic decline, and the shifting parameters of great power rivalry. Where, how, and by what means can the left move forward?

SIMON MOHUN - A contemporary portrait of neoliberalism: The rise of the one percent WALDEN BELLO - At the summit of global capitalism: The US and China INGAR SOLTY - Market polarization means political polarization: Liberal democracy's eroding centre BILL FLETCHER JR. - Trump and the danger of right-wing populism in the US MARCUS GILROY-WARE - What is wrong with social media? An anti-capitalist critique ADOLPH REED JR., TOURE F. REED - The evolution of ‘race’ and racial justice under neoliberalism SAMIR SONTI - The crisis of US labour, past and present SAM GINDIN - American workers and the left after Trump: Polarized options JAYATI GHOSH - Pandemic polarizations and the contradictions of Indian capitalism VISHWAS SATGAR - Epidemiological neoliberalism in south Africa ILYA MATVEEV, OLEG ZHURAVLEV - Loft offices and factory towns: Social sources of political polarization in Russia ANA GARCIA, VIRGINIA FONTES, REIANE HOEVELER - The far right, corporate power, and social struggles in Brat SAMIR GANDESHA - Identity crisis: The politics of false concreteness DAVID HARVEY - The double consciousness of capital JAMIES SCHNEIDER INTERVIEWED BY HILARY WAINWRIGHT - Finding a way forward: Lessons from the Corbyn project in the UK

POLITICS | ECONOMICS |
Skip to the end of the images gallery 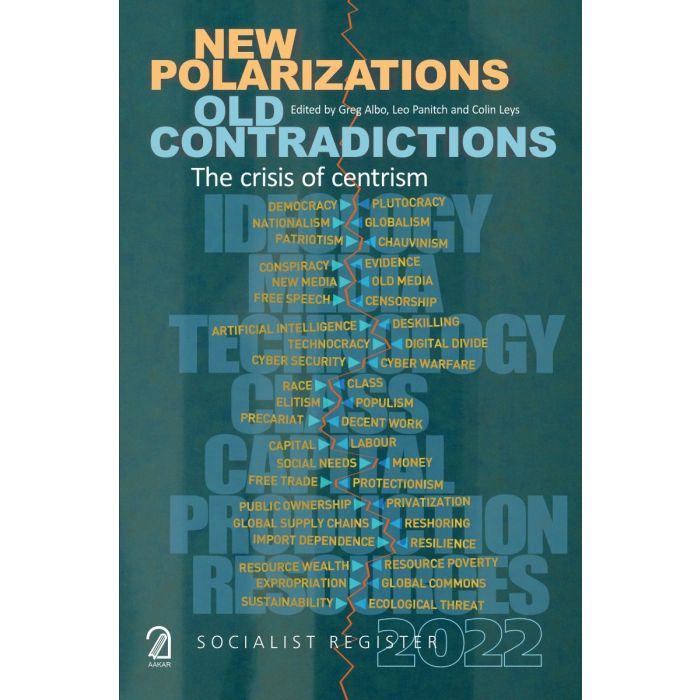