A Brief History of Neoliberalism

Neoliberalism - the doctrine that market exchange is an ethic in itself, capable of acting as a guide for all human action - has become dominant in both thought and practice throughout much of the world since 1979 or so.

Its spread has depended upon a reconstitution of state powers such that privatization, finance, and market processes are emphasized. State interventions in the economy are minimized, while the obligations of the state to provide for the welfare of its citizens are diminished. David Harvey, author of The New Imperialism and The Limits to Capital, here tells the political-economic story of where neoliberalization came from and how it proliferated on the world stage. While Thatcher and Reagan are often cited as primary authors of this neoliberal turn, Harvey shows how a complex of forces, from Chile to China and from New York City to Mexico City, have also played their part. In addition he explores the continuities and contrasts between neoliberalism of the Clinton sort and the recent turn towards neoconservative imperialism of George W. Bush. Finally, through critical engagement with this history, Harvey constructs a framework not only for analyzing the political and economic dangers that now surround us, but also for assessing the prospects for the more socially just alternatives being advocated by many oppositional movements.

David Harvey teaches at the Graduate Center of the City University of New York and is the author of many books, including Social Justice and the City, The Condition of Postmodernity, The Limits to Capital, A Brief History of Neoliberalism, Spaces of Global Capitalism, and A Companion to Marx's Capital. His website is davidharvey.org. 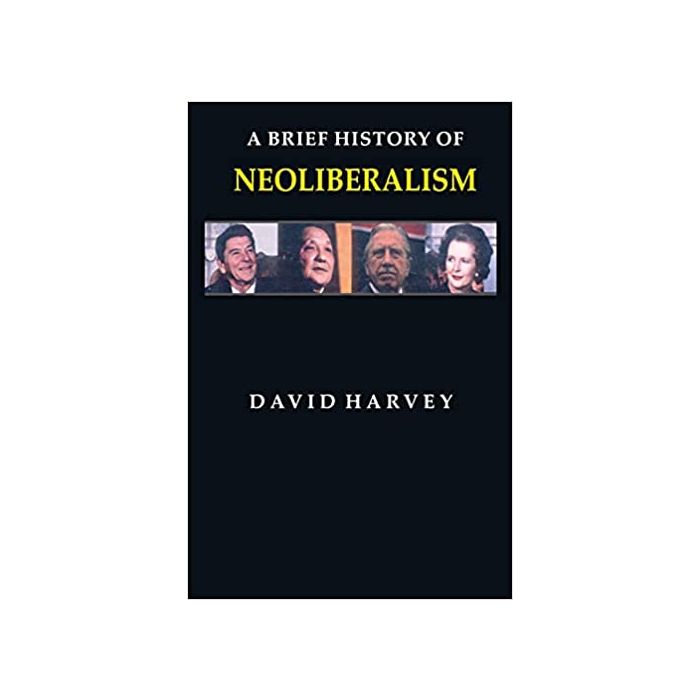